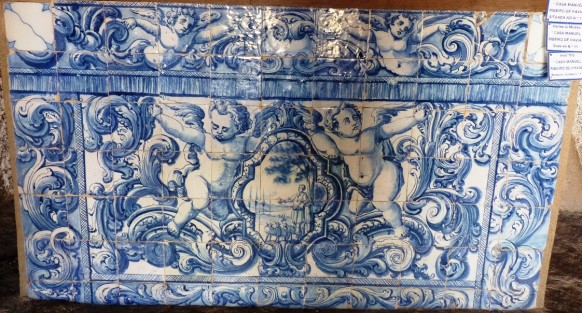 Anta Pavia located in the central square of the village was transformed into Chapel Saint Denis and is located in the municipality of Mora. It is one of 4 tapirs notable chapels Portugal.
I advise you to read about the other tapirs remarkable chapel already published in Portugal Remarkable:
• Anta Capela do Senhor do Monte (Penedono) (**)
• Anta chapel of Alcobertas (Rio Maior) (**)
•Anta-chapel of St. Brissos or Lady of Deliverance (Montemor-o-Novo) (*)

I do not know where it came from the popular expression “Rome was not built in a day” and it is used to justify something that has done with serenity, constancy and time, to be the best. Rome all know where it is, Pavia, I do not know if it's this location referred to the saying, and if it is, what is the relationship between one of the most famous cities in the world and a small village esconsa, but friendly in Mora County?

Anyway this Anta Pavia not built in a day and is also unusual is therefore classified as a National Monument in 1910.

The tapir Pavia have been erected in the centuries IV / III BC in place of framed Alentejo plain in “megalithism eborense”.
The tapir is constituted only by a camera with large (3 m diameter, 3,3 m height), consists of seven esteios, com coverage laje, serving small chapel. Precedes the entrance to the chapel a staircase of three steps, flanked by two struts of the corridor. A cross towers over a pediment flanked to the north by a small bell tower. The Anta Pavia is a Neolithic funerary monument in granite. The intervals between the pillars and the roof part were filled with masonry mortar and more recently. Virgil Correia found in the second quarter of the twentieth century excavations made in Anta Pavia potsherds, plates shale (two of which entire), and polished stone objects and the tapir was divided into several compartments funeral.
No one knows for sure when it was transformed into a chapel, knowing only that have been before 1625, date on which it already appears that the designation. 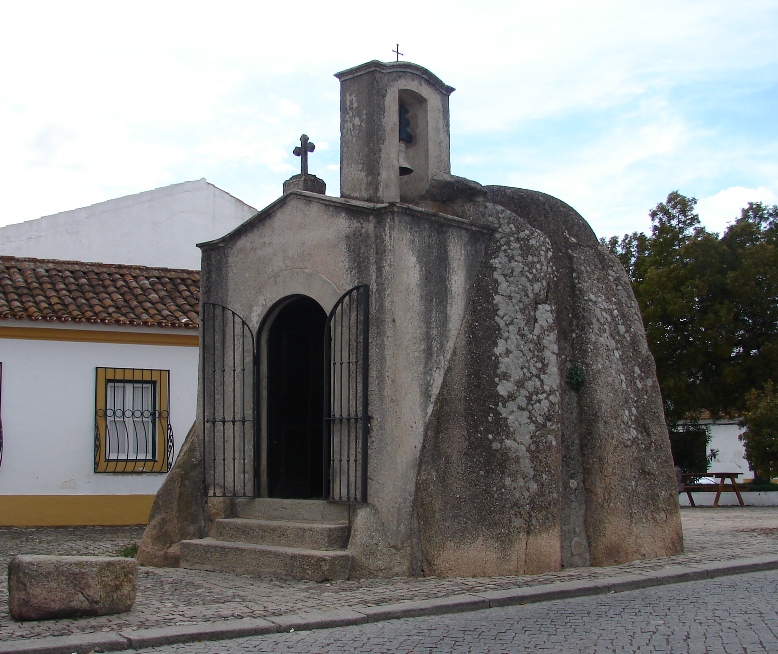 Inside is a curious altar with a coated front Baroque tile blue and white colors with good quality representation of two cherubs flanking a card with three sick sheep and an old man, which may refer to the St. Malachy, dated 1730 while the Chapel be popularly known as St. Denis St. Denis or.

Then the chapel will be dedicated to Malachi or Dinis, and in this case which one?

Making a apart, I note that St. Malachy has a famous prophecy, according to which the Pope Francis would be the penultimate pope (view here). The text of the prophecy first appears in 1595 in a volume published by the Venetian Benedictine Arnold Wyon, where they are collected 111 currencies in Latin, corresponding to each of the popes from Celestine II (1143-1144), and, second WYON, would be the work of St. Malachy, twelfth century. No document, whose authenticity and fatherhood are called into question by experts, the current Pope is consecrated to 111. ª currency: “the glory of the olive tree”. After, according to the latest currency, comes the persecution of the Church and “past tribulations, the city of seven hills will be destroyed and the dreadful Judge will judge his people” (1).

Praise the St. Denis can be a praise to the king Plowman for being the king who went to the charter in pavienses 1287.

Have coincidentally regarding the megalithic monument loaded its pre-historical past, possibly with connotations of cults and fertility rituals is associated with St. Dionysius or Denis as the Christianization of Dionysios ie Bacchus. 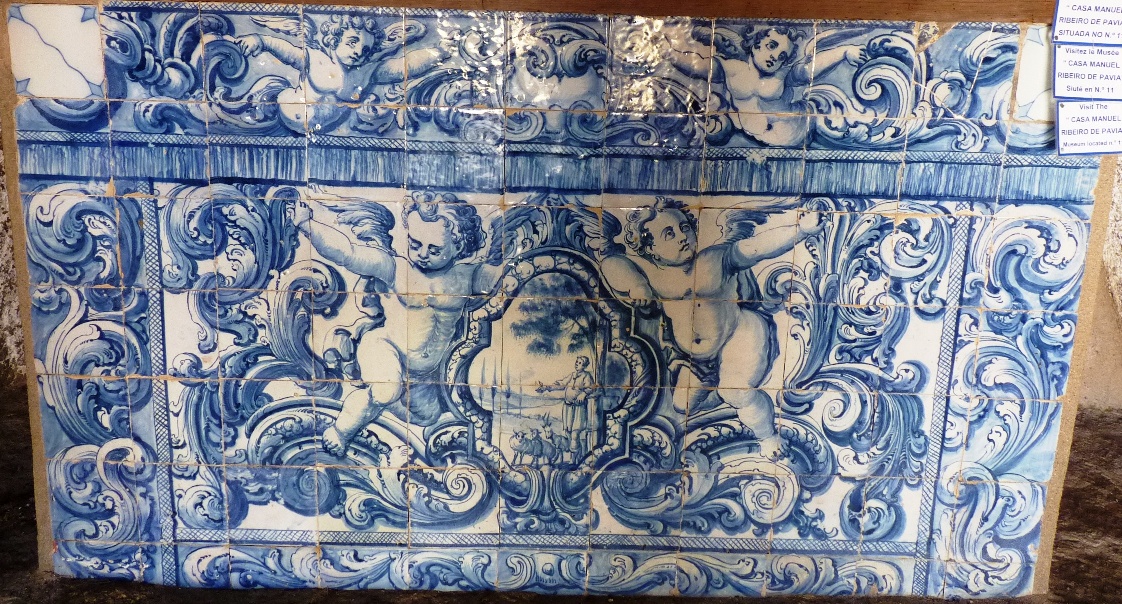 Of saints Dionysus is the sky studded, because they include 22 santos (or venerable, beatified) with the name of Dionysus and three holy martyrs (Dionysia).

The most famous Holy Dinis is are Denis of Paris and was, for a long time, revered as the sole patron of France, to arise holy Joan of Arc to share with him the great Christian devotion of the people of that country.

Of Italian origin, he was a young missionary sent by Pope Fabiano to evangelize the ancient northern Gaul in the year 250, so in the third century.

It is the patron saint of Paris, because it was the first bishop and formed, then, the first Catholic community in Lutetia, current Paris, He died beheaded on the spot now known as Montmartre, namely, 'Hill of the Martyr', and without head, He had the lucidity to pick it up and walk around jaunty to his church to be buried at the Abbey of Saint-Denis, where, traditionally, all the kings of France were to be buried

The patriarch Dionysius in their way of life does not seem to relate to Bacchus and we are here only to a happy coincidence. Some other saints known with this name were converted pagans (such as anta was paid and was christianised).

Particular note: We were very lucky and had a good breakfast and cheap with fressuras and lamb offal; yet here I see the account 10 euros, blancmange two main dishes from Alentejo best soup. Browse by Isabel Pavia.
Additional References: Here you can read a great article on the Antas de Mora by Leonor Rocha