On the left bank of the river Douro, along the border with Spain, materialized by the river Agueda, Barca de Alva is a town that developed in the twentieth century. Before the nineteenth century was an obscure point from the Douro river and harbor no great movement. Moreover, climate and health conditions of the site were not conducive to attracting people. The torrid summer and winter floods made this nook surrounded by hills almost uninhabitable. The marsh fevers were frequent.
Agricultural development, construction of the line of the Douro, the rail link with Spain, the construction of the National Road 221, across the river Douro, just here for the concrete bridge built in 1955 by Edgar Cardoso and tourist attraction that the constituem "Almond Flower ”, came to do Barca de Alva a location with some dimension.
Inserted in the area Natural Park of Douro International (***), Barca de Alva has beautiful scenery and is a staging point for cruise ships sailing the Douro River.
Its surrounding scenery is of great beauty, surrounded by rivers Douro and Agueda, by its mountains cliffs, with quartz ridge of Rock Durão (*) imposing their rude arrogance and its orange groves, groves, vineyards and particularly their almond blossom, tone with pink or white, that anunciam festively spring. 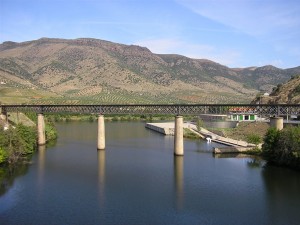 After closing the closure of the railway line Port-Salamanca, in 1987 the town went into decline, but the construction of the new river dock and road link to Spain by the mouth of Agueda revived hope. The Portuguese government has recently promised that it would reactivate the line of railway.
This whole region is home to a wide variety of animal species: some emblematic birds, as the vulture egypt (endangered), Boneli the eagle and the golden eagle, o milhafre real, the lesser kestrel, o bufam real e a coruja. Sometimes when we walk in decommissioned lines we can see some flocks of Egyptian vultures flying over the river. Also mammals such as wild boar, O Gato Bravo, to GENETA and to raposa (comes in the way and quickly run away when they spot us) Here are the dense thickets and groves.

Finally the rusty railway bridge, this wanderer uses not cross for fear of falling. Creepy and attractive are also tunnels the way iron-, true Caves of Montesinos also attract and repel.
Agostinho da Silva, Menino eternal Barca of Alva
The noisy silence of the Douro and Agueda, is almost redemptive and remind us of the words of the philosopher Agostinho da Silva, Menino eternal Barca of Alva.
"I think, therefore, nature is fine as far as it reflects our beauty, the love that others have hair that is the love we have hair in them from us is reflected, as the hatred they feel is disgust for our own shortcomings…”

Misericordia Church Tavira (*)-I knew…exist not only in the Algarve beaches? 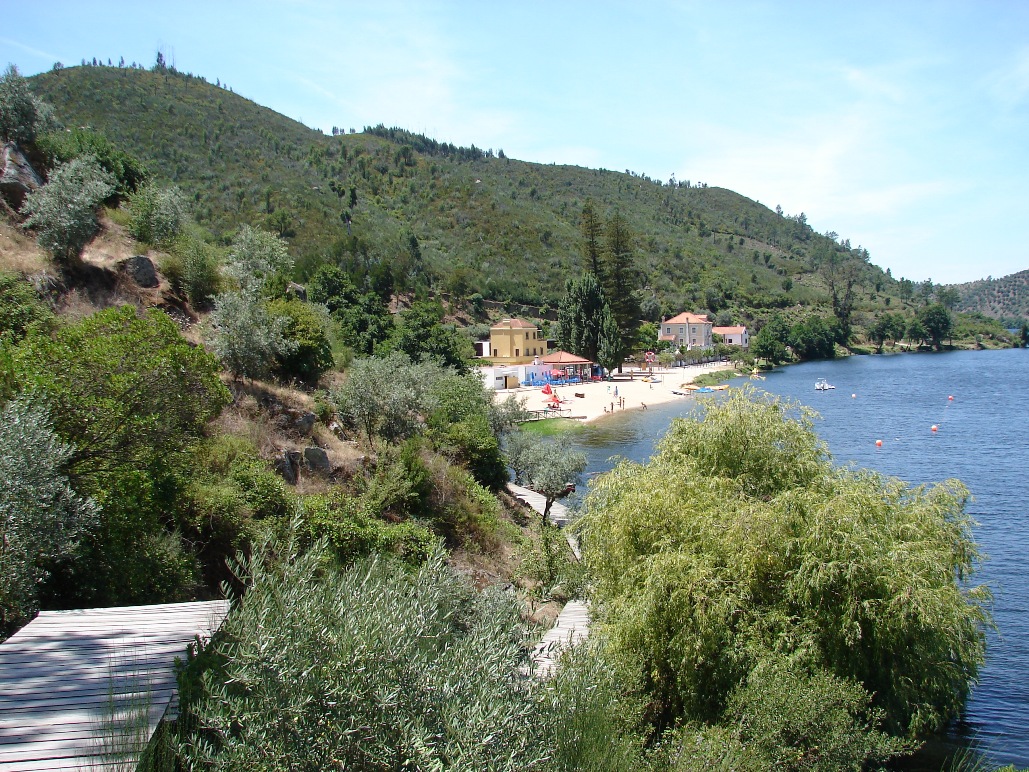