Cabo Sardão (Odemira) -The appeal of the abyss

I knew ... or Cabo Sardãlocated between the beaches Almograve and Southend Sea is one of the most beautiful finisterras of Portugal?
After I have felt in the Algarve syndrome Dorothy (discovered that the Wizard of Oz the homesick) decided to return to Coimbra, bound for North, whenever we discover one or another notable site; beyond the stop Cabo Sardão, we stopped still in Carvalhal beach (**).
In relation to Cabo Sardão I read on the site municipality of Beja that "You can not remain indifferent to the towering sheer cliffs dug towards a powerful sea and at the same time serene, or confronted with a horizon of endless plains, covered by shallow and verdant vegetation.
Here, The world slows to almost stop. The daytime breeze makes you forget worries, raids and bad provisions. Here everything is relative. Just mind the communion of the senses. The overwhelming beauty and intoxicating peace will “compel him” an insight, an abandonment of superfluous, an easy demand of happiness. Forget the time. Do all to the rhythm of gliding flight of a bird, the balmy air, the floor soft and relaxed of the inhabitants. "

Words, although beautiful, not reflect the grandeur of Cabo Sardão which is one of the most beautiful Portuguese finisterras.
Tell yourself before we proceed with the description of Cabo Sardão, Portugal has several notable points embodied in their cables and finisterras; are places whose immensity of the sea, a great geology, biodiversity and deployment of services that they overlap and reconverting as one and the enclave were dominating another culture are a real wonder, the Medo, Myth, the Beleza, History and scientific value.
We have described here Monte figo (***) in Olhão, but soon we will describe how other Portuguese finisterras:
–Cabo Mondego (**) (Figueira da Foz)
–Site of Nazareth (***)
–Cabo da Roca (***) (Sintra)
–Cape Espichel (***) (Sesimbra)
–Cape St. Vincent (**) (Vila do Bispo)
–Cape Sagres (****) (Vila do Bispo)
The Geology of Cape Sardão
The Cape is an important Sardão geomonumento, or both in the lithology which corresponds to a thick monotonic sequence, and replications of pellites grauvaques (Turbidity) more or less 320 millions of years (Lower carbon) but more for its tectonic which here becomes so evident, those layers which are inclined both to the side and to the other; but in the small promontories cabo Sardão can see, with great didacticism, anticline one that rolls the orientation of schist countertops.

The sedimentary layers were formed with serene sedimentation of sands and shales, near the sea coast in coastal platform; the quiet deposition of sediments, was sometimes interspersed with frantic landslide deposition by gravity (Turbidity). The layers were doubled in the horizontal orogenia hercínica or varisca (340 to 270 But) which resulted in large scale in the union of the continents in a super-continent called Pangea causing a deformation with large mountainous alinhamantos that which affected the rocks of Costa Vicentina magnificently.

The Kingdom of the White Stork
But let's talk now of critters, not so much for men, because beyond the lighthouse and the proximity of the village of Knight belonging to the parish of St. Theotonius and the many tourists who flock here from many nationalities, no trace here exists a prominent human past: Christian or pagan temples, civilian or military buildings even see them. Perhaps due to lack human, some smart storks, here your chosen nesting site in isolated cliffs- is at least one case in Portugal. No doubt they are smart birds, that deviate more competitive and protect the animal from Earth. Who comes here if you have wisdom, eye ability and luck, You can also see peregrine falcons, jackdaws-pea-red and exceptionally more gannets.

Compared to Cape Sardão also deserves some highlight its lighthouse built in 1915, with a tower 17 meters, quadrangular masonry and cylindrical lantern with red and achieves 23 mile range (the great blog Miles Marinas can read a summary of some of its features).
Milan Kundera e o abismo
In the admirable novel "The Unbearable Lightness of Being", this author surprises us with a phrase that cliff in the memory when we approach the abyss: "He who would continually rise should wait a day for vertigo. What is vertigo? Fear of falling? But why do we feel a vertigo gazebo surrounded by a balustrade? The vertigo is not the fear of falling, is something else. And the voice of vazio below us, that attracts and engages in, Fall is the desire which soon defend ourselves terrified. “
We are fearless travelers, but confess that before the cliffs of Cape Sardão (also known as Ponta Knight), without any guard and fall sheer to the sea abyss, dynamically monstrous and a supreme beauty, feel fear, mainly of ourselves, despite having life so friendly, but here we must come to understand the wisdom of the words of Kundera.
Let us so quickly that the sun is gone and the table in Vila Nova de Milfontes waiting for us because not always flees who withdraws acabadinhos to see one of the great landmarks paiagísticos the Sao Vincente and Southwest Alentejo Natural Park.
Photo Credits: The second photo was taken from the blog Portugal Photo airs.

70 Pre-finalists of "New 7 Wonders of the National Gastronomy" 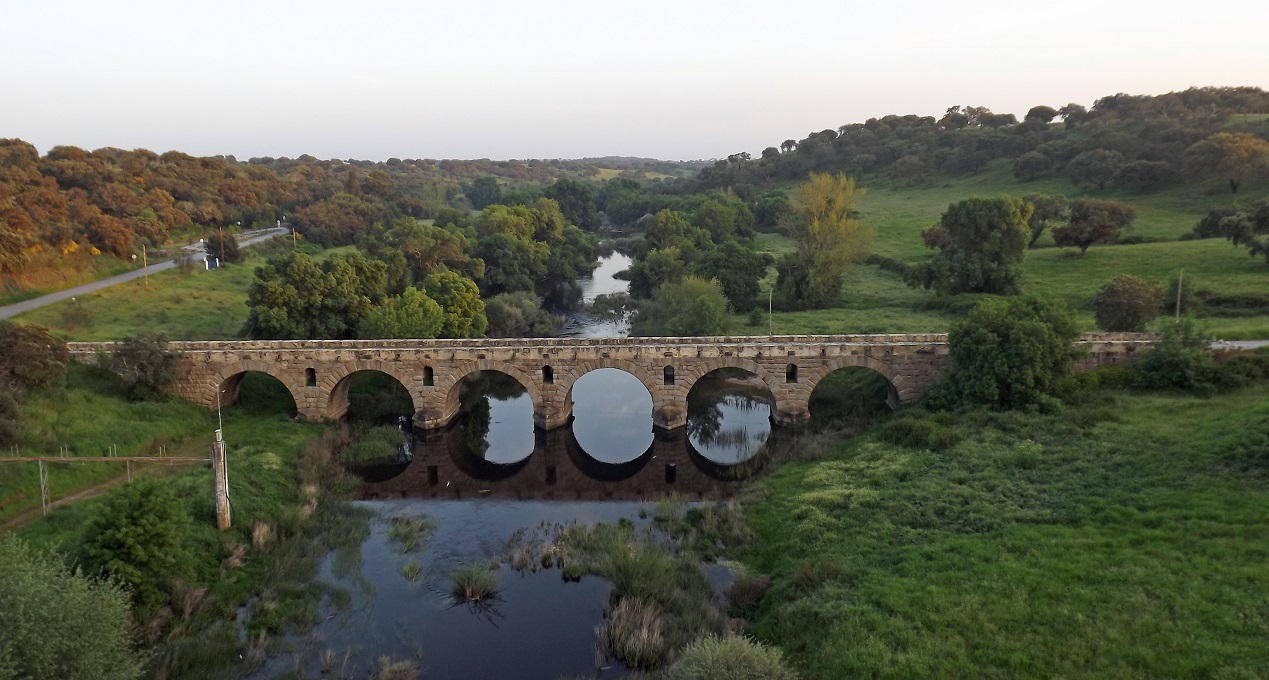 Alter do Chão, Regions of Portugal, Distrito-Portalegre, Bridges, All articles
27 from April to 201426 de January de 2015