Let us then turn to the formidable castle that is Algoso will tell if-scenario from a novel by Walter Scott.
A Structure Algoso Castle
The Castle Algoso is minimal and organic (adapted to rock outcrops) essentially the result of a construction, in the thirteenth and fourteenth centuries.
It has a rectangular plan, and the entrance north. The door is, in full arch, defended by a cubelo, that, opens to a small well-preserved place of arms which has a cistern.
The dungeon, of plant heptagonal, has three floors. The first two were for housing the Commendatore and the last, à defesa. There was also a tower on the south wall that was dismantled to Duarte de Armas also drew on 1509.
The dungeon is strategically placed at the periphery of the enclosure, providing protection of the most vulnerable flank. The tower has battlements and other shot points.
I remind the reader that it is touching the panorama of the castle especially for the river that Angueira here, cuts the hardness of quartz ridge and build a river canyon where large birds glide, when I was here envisioned a vulture of Egypt.
Down in the beautiful Algoso bridge three arches in the wild calls our visit, as we are good walkers.
Medieval bridge, rebuilt in 1727/1738, located 2km from the village, in the steep valley of the river Angueira. Served as a connection path between the fortified medieval villages Sentencing Róias and Algoso, and which still envision former sections of sidewalk.
Beside the castle is a small church: is the Chapel of Our Lady of the Assumption, that many in the region called the Lady of the Castle, that, in times of severe drought, is invoked by the population to send much-needed rain to survive.
A legend in the castle Algoso
"Many, many years, told our grandparents, the Castle Algoso was the Moors and lived there a very rich warlock, who had been to gather much gold and many jewels. 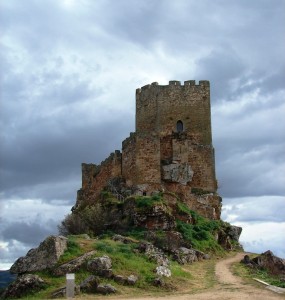 One day, Christians decided to take the castle and drive the Moors. Then the wizard, as was diviner, I learned of this attack, and, hours before, left the castle with the treasure to, surreptitiously, go bury it at the foot of a nearby source.
When this work was, behold, it appears a girl, I was going to fetch water fountain with a cantarinha clay. Then the wizard, lest the girl denounced her secret, he soon enthrall with his magic. Email this:
- In charge shalt be delighted,
p'ra walk that always pierced mouth!
So it happened. The girl stood there next to that fountain transformed into a snake. After Christians took the castle from the Moors, killing and expelling each other, witch and never has been heard nothing.
People say that, nights in S. John, some have seen near the castle a very beautiful young woman dancing in the moonlight, achando-se, on the rocks of the source, the husking charges that wasted at times. And when someone approaches to try to go to talk to her, soon the girl disappears and returns to the water source, dragging the skin that will transform back into a horrible snake ".1
A Modern Interpretation Centre in Castle Algoso
This building arose from the need to create an equipment museum features, assuming as a support structure for the visitor. Numerous objects representing the Chalcolithic period, Brass and Iron Age, of Roman and medieval and modern periods now exposed in a reception center.
Visitor information:
Schedule (Castle and respective Center Acolhimento)
From Tuesday afternoon to Sunday.
Winter Schedule
9:00h – 12:30h
14:00h – 17:30h
Daylight Saving Time
10:00h – 12:30h
14:00h-18:30h
Contacts for marking group visits / tours.
Phone: 226197080/932528578
e-mail: geral@cultura.pt, algoso.castelo @ gmail.com
Note: The Algoso Castle is one of the historical and cultural landmarks, most important of the northeastern and a remarkable place of obligatory visit.
The Legend was taken from the magnificent site Lendarium. 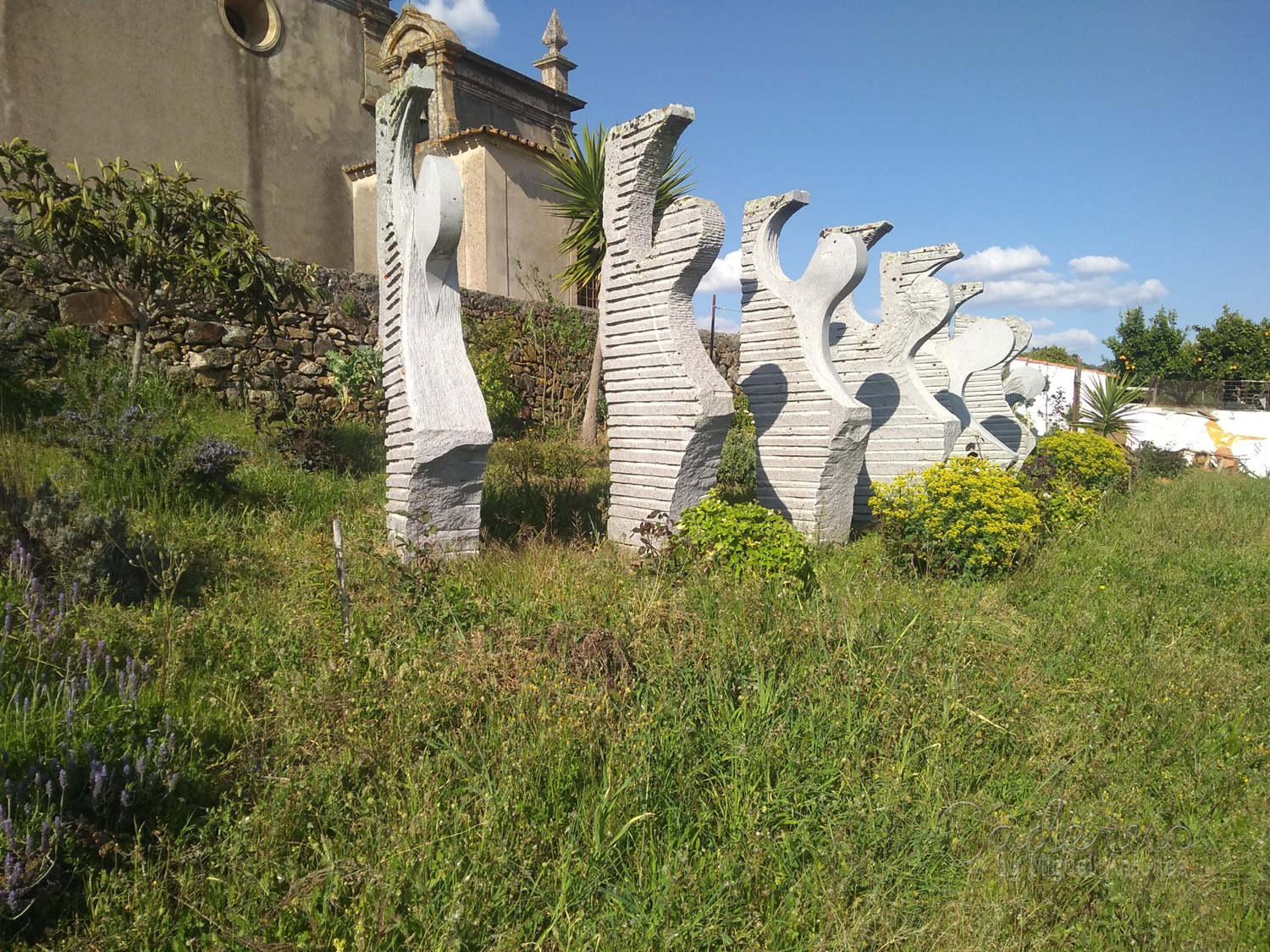 Application of Arrábida The World Heritage