After having described the Cliffs of St. John Miranda do Douro, let us now turn to Castro Valley Eagle, close to that, but less known, but also exciting.
The Castro Valley Eagle is located at 680 m above sea level and is protected by a magnificent meander of the River Douro; alias the cliff on this side is impregnable. Here the granite river Cannon will serve as border between Portugal and Spain. 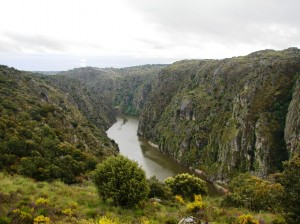 The Castro Valley Eagle with an area of 1,5 ha and approximately square feature consists of a wall of granite, covering only sides not defended by cliffs Douro, being reinforced by two circular bastions. Before her, had three courses of stones stuck, which is still a well preserved, flanking the main entrance to the fort. The collected material indicates an occupation in the Iron Age. During the Roman occupation the place must have been abandoned, however the existence of a medieval road next may allow to infer that the site was having some strategic importance because it passes near the medieval port road / Miranda / Zamora / Valladolid. 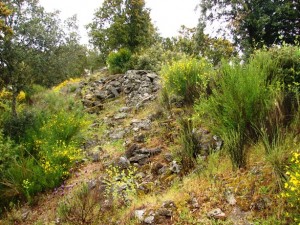 Wartime Mirandese Plateau?
Between the 4th millennium and the 1st millennium a.C., The stands were installed in Mirandese Plateau, but something happened and from the Late Bronze, and throughout the Iron Age, until the coming of the Romans, people had a better protected pressing need to intensely occupy the steep banks of the Douro to be belligerent attacks, with strong reinforcement of defensive fences in the most fragile areas. Life would be hostile but safer. What these men feared that now inhabit inhospitable castrejos incastelamentos?
Thus, a forts of many online, reduced dimensions, installed in a magnificently grandiose landscape telluric, bordering the river Douro, on both sides (castro big in this area would be to Cidaguenha Perforation in yet visited that). The Douro River, now in this time served as a border between the peoples of the Portuguese margin Zuelas, and the side of the Spanish Vettones, both worshipers Berrões.
Our imagination flails against both military mystery and natural beauty. What will have happened here in the first millennium BC?
Thanks: The Remarkable been housed in Portugal Solar Marcos (Bemposta-Mogadouro) and visited the Castro Valley Eagle, invitation to this great Hotel Rural supporting the turismo cultural.

Praia do Amado (Aljezur) (***)- Who would not be enamored by such paradise? 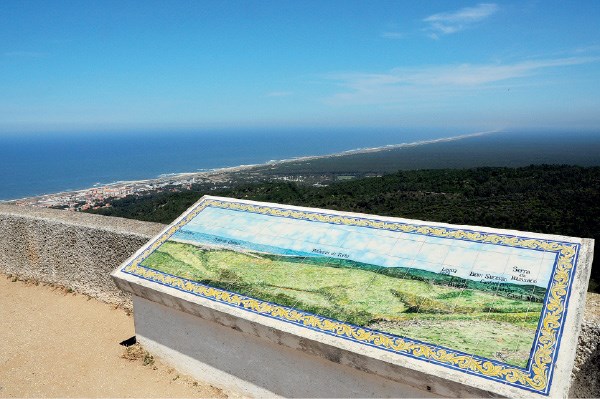