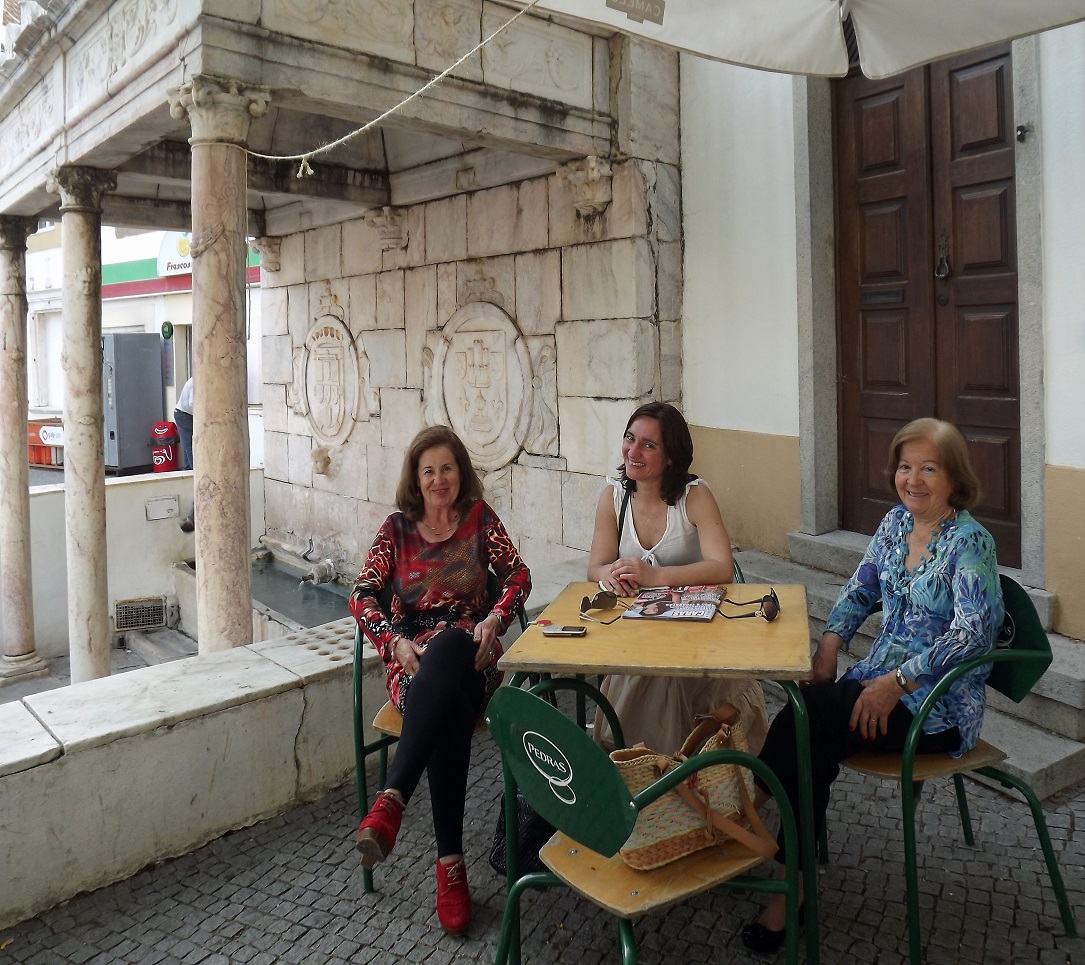 We had a great day in Alter do Chão on 16 April this year. Conducted by technical tour Maria Durão, where no such epithet fits in so sympathetic person. Successively visited the Roman villa Ferragial d'El Rei, even without visiting the Roman mosaics in the final corner of Virgil's Aeneid, the castle and before heading to the Palace of the Alamo, stopped for coffee near a Fontinha Renaissance. I love these cafes alentejanos small towns, outside major hedonistic circuits, where the heritage and tranquility are the arm of the friendliest people in the region, as is the case of the lady owner Odette, with whom we have established prose, and these are as novenas, have no end, but eye always attentive to what surrounds us, peeped this remarkable source of Alter do Chão.

"The source of Alter do Chão was built in 1556 by the Duke of Braganza D. Teodósio I. Originally located elsewhere in the wide was removed for the current mid-century. XVII. Renaissance, It comprises a porch-shaped double dome supported by three columns, all marble Estremoz. Inside the heraldic medallions of the Dukes of Bragança (Arms of Portugal) Villa and Alter. The taps and the tank are no longer the original building. Classified as a public interest ".

Source of Alter do Chão

But the source of Alter do Chão is more than that, with its friezes with needlework Renaissance; na side flange is , a board game or the mill alquerque, not knowing the exact date of the making of the board. As a curious note, another beautiful Baroque fountain in Alandroal, in its central square are also several game boards. Still alter floor has several sources in your village with much character.

Call this remarkable source of Fontinha (it is magical) or simply source the square of the Republic does not seem as adjusted, why not magnify, does not do justice to his mandador, that after King, was one of the most important men of the kingdom (see who was here such personalidade). Does Luis Cané, President of the board of Parish of Alter do Chão agree with me?

A question, Bishop Theodosius had that connection with Alter do Chão, as relevant to work? I do not know the answer.

And still add more, that with my taste, that Theodosius should enter the name in fashion, is pompous, and that means beautiful gift for the gods and indicates an optimistic person, generous, ingénua, you need to work hard to succeed in life, but the work does not scare and generally succeeds "ie the Portuguese are more or less hooded Teodósios, why is my petiz Theodosius Junior and if so I will not be displeased. And by the way "Theodosia" also was not anything wrong with a girl.

Additional References: The text on the description of the source was removed here.