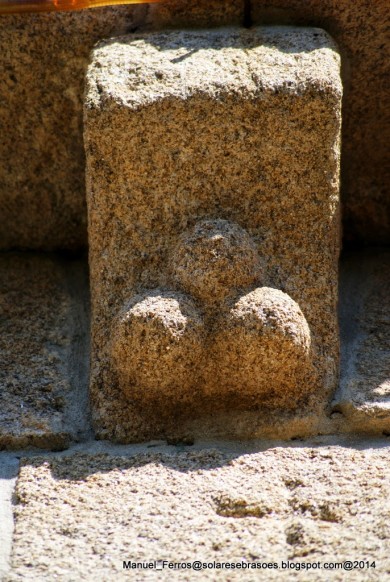 A Church of Santa Maria de Azinhoso is one of the most important Romanesque churches Trás abreast of Romanesque churches of Adeganha (Mirandela) (**), of Algosinho (Mogadouro) (**) already described herein or the magnificent Church of St. Savior in Castle Ansiães (***). In four churches remains doubt as to the timing of the building. The our Guide to Portugal (3ªed., 1995, p.1026), inseparable companion of our travels, Viewed in the belfry of the inscription 1196, which could well have been built by the Knights Templar because the Order kept the territories of Mogador and Feathers Róias (*). The Baçal Abbot considered doubtful inscription and now there.

“When restoring the position of DGEMN, appeared a number of graves dug into the rock, near the northwest corner of the temple, pointing to a relative antiquity of religious occupation of this site, probably of around X-XI centuries. The most accurate chronological assignment of the church has been based on two other inscriptions. On the southwest corner of the chancel displays is a sign critically dating from the thirteenth century and bearing the legend "ALFONS". This same author equated a relationship with potential masters of the Land of Bragança, namely D. Afonso Rodrigues, pobrador prosecutor and the Land of Bragança and Miranda, referred to in 1285 and responsible for a degree of past benefits to the locality. The main façade, the south side of the portal, there is a third entry. It only reads the word “ERA”, failing to reveal the remaining characters, but Mário Barroca dated to the fourteenth century. This could correspond to the commemorative legend completion of the works of Azinhoso temple and the previous description could refer to the beginning of work, which would result in an approximate dating to the church from the late thirteenth century and the first half of the fourteenth century”. (1)

Estilisticamente, the temple because of its pointed arches, but still decorated with Romanesque motifs, will have been built between the XIII and / or XIV. A Monumental Church Azinhoso A Sua fachada, although archaic, is notable dimension, high and topped by a belfry and bell double wide interior, although a single nave. The church contains 3 portals with Gothic arches. A port on the, for example, é elegant, comprising a set of three Archivolts ornamented by a markedly plastic Romanic. Interesting is the cruciform opening, in place of the usual opening or ocular rosacea. 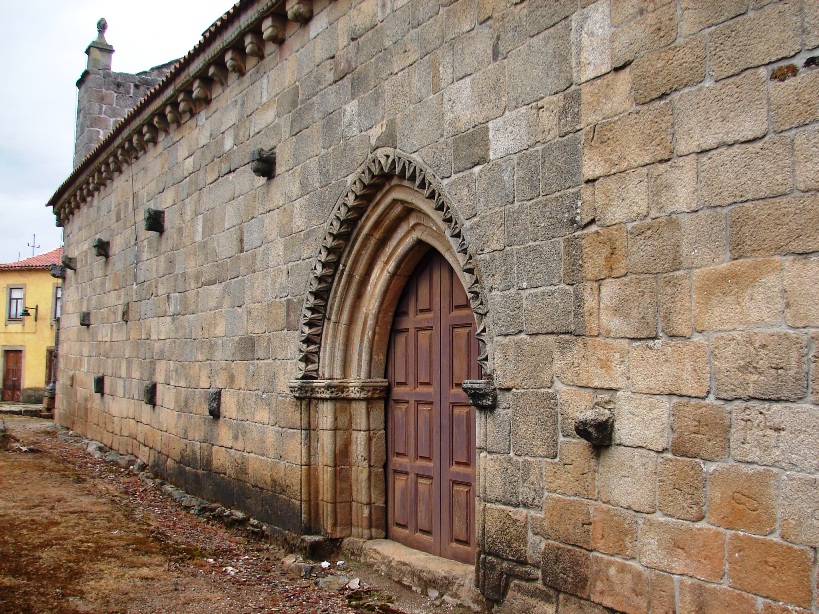 At the end of the fourteenth century, D. John I passed through the village and have visited and granted various privileges. Here prayed, the same height, D. Nuno Alvares Pereira. In the fifteenth century, a Church Azinhoso had great regional importance, establishing itself as a true center of pilgrimage. Will date this time the existing porch on the North side and, According to the traces of the remaining facades, surround the whole temple frontaria, linking the three portals, there are still some columns, corbels for supporting and depressions structure. At church, in the fifteenth century, bury became a vicar-general archbishop of Braga, as indicated entry on a rock outside. A Romanesque church of Azinhoso suffered, as almost always the inevitable changes, when presented lateral altarpieces and the altarpiece, this still the seventeenth century, and the building of the House of Mercy (1647), attached to the north side of the chancel which now contains a museum of sacred art. In the mid-twentieth century, perante obvious state of ruína, the church underwent restoration as regards the epigraph engraved on a block of stone on the exterior of the monument. 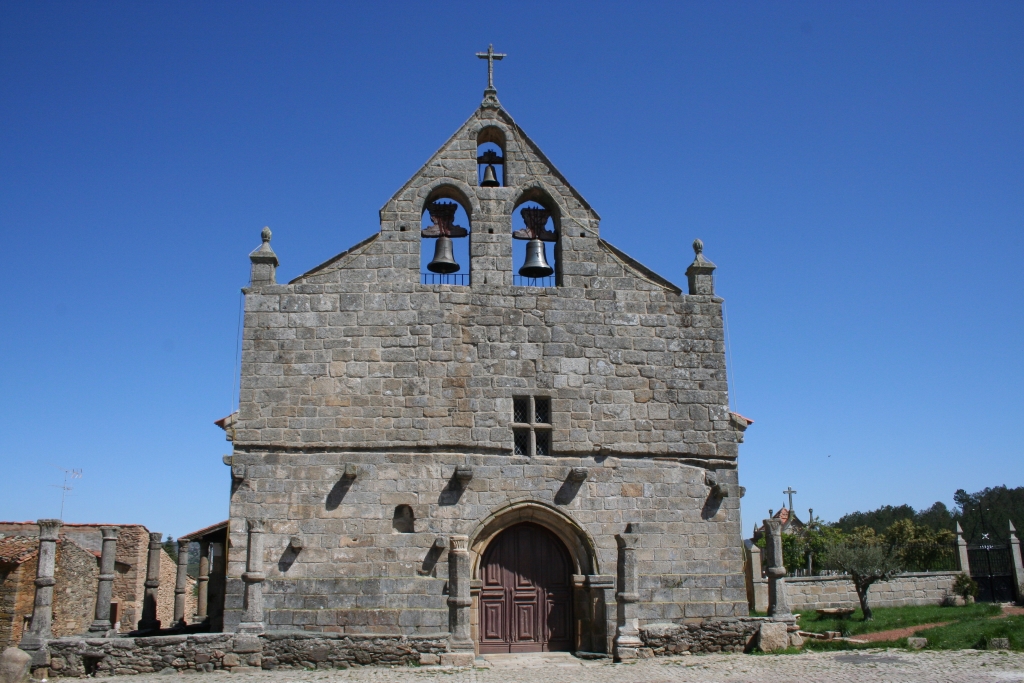 Along the lateral cornices, similarly to what happens with the next Church Algosinho holds the attention a row of carved corbels, count up 120 (this did not count), some of them very corroded with multiple meanings and cryptic, as was typical of the Romanesque hermetic. On the one hand follow each other and the various representations: heads of animals and men in shapeless attitudes, masks, sex organs, a couple of reasons surely only recreational or decorative. As usual in medieval sigladas has raised the stones when it sends the construction.

Another mystery is the stone in marble engraved with mysterious drawings, this marble from the region Estremoz. Near the church can also observe the monumental seventeenth century pillory Azinhoso. We continue to insist that through the route of the northeastern Romanesque is a wonderful way to experience the beautiful, yet archaic district of Bragança. Thanks: The Remarkable been housed in Portugal Solar Marcos (Bemposta-Mogadouro) e visitou a Romanesque church of Azinhoso invitation to this great Hotel Rural supporting the turismo cultural.

Guide to Portugal edited by Calouste Gulbeinken-(3ªed., of 1995, who knows the year of the first edition?)