Church of Algosinho (Mogadouro) (**)- Who built the temple so beautiful? 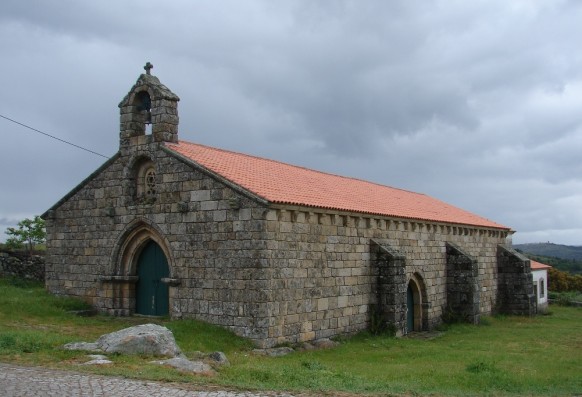 A Church Algosinho (Mogadouro), dedicated to Santo André, It is a secluded gem of tourist itineraries which carries itself positive aspects however due to its stylistic purity and landscapes that surround it are reason enough to merit our focus. I am a great admirer of the Romanesque style, essentially its amazing symbology and that generates a lot of imagination but for the medieval man would have a consistent meaning, but always with religious magic taxes.

Not Bragança district are 5 the remarkable Romanesque architecture sites, religious and civil, that constitute a route sheet untapped.

They are: Church of Algosinho (Mogadouro) (**) Church of Azinhoso ((Mogadouro) (*); Church of San Salvador de Ansiães (Carrazeda Ansiães) (***); Church Adeganha (Mirandela) (**) (read the text here); Head of the church of the Monastery of Castro Avelães (Bragança) (*)

It is as old as the church of Algosinho

As can be seen from their portals with its pointed arch church already belong to a late Romanesque, probably of the thirteenth century. The good people of Algosinho always said that the temple has ancient foundation, but confesses his uncertainty anexim thousand times repeated "It's as old as the church of Algosinho". On the facade under the belfry arch is shown a star 6 ends with the seal of solomon (which in this case may be related to the Jewish presence in the region)? Under it are 3 enigmatic circular openings, remember the eyes. Is right, which meet at least the function of letting light pierce into the church. The original chancel unfortunately lost, It is replaced by the current, dated 1797, Rectangular plant and broad side lighting and has a Mannerist altarpiece with paintings like the sixteenth-century. 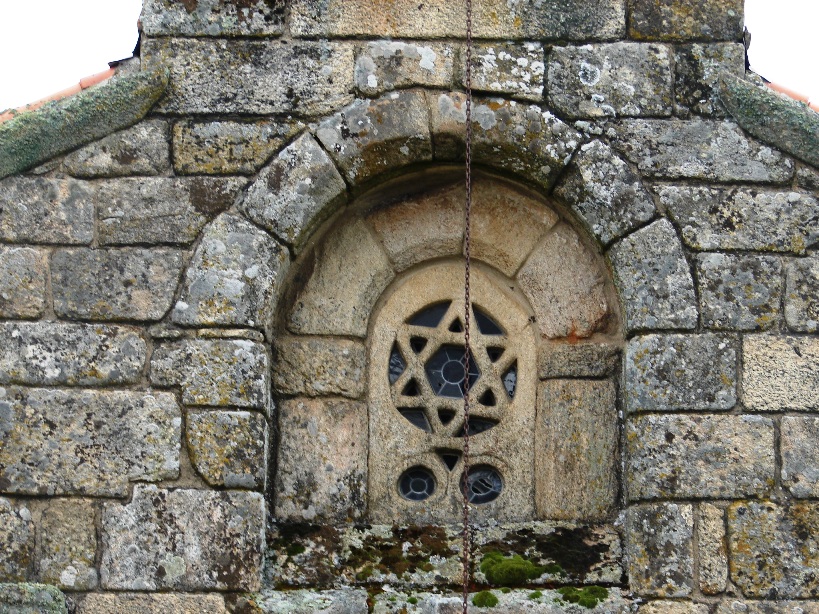 Interestingly installed on the cornice corbels the Romanesque church of Algosinho, sweat as usual symbols, apocalyptic discourse with a deformed human figures, grotesque figures of animals, geometric designs, pipes, sexual members or a moon a bull and the sun, these consecutive. Fascinating. Some of these cantilevers were replaced in the twentieth century fruit of intervention carried out by the Directorate General for National Buildings and Monuments, in the mid-twentieth century. But better than our description is the Abbot of Baçal, that these texts on Tras-os-Montes will be our assiduous this company Remarkable Portugal. So says the wise, "... Some rude and grotesque, satirical, obscene, animalescos and other artistic. Faces of Men, Dogs, Pigs, falus and buttocks translate the game's sarcastic naturalism physiognomic of Romanesque art ". Along the walls of various acronyms are visible, brands of pedreiros that the construíram Church Algosinho in medieval times. The front should have possessed a porch, leaving him only four corbels supporting the roof.

The Interior of the Church of Algozinho

The interior has a single nave is an impressive, the breadth (with 9 meters long and 24 length), the steep slope (that begins early in the staircase), by virtue of this stone slabs on the walls and the granite outcrops of the first floor, the freshness and the archaic but well launched three arches torais. And always with imaginative doubt; who built such a wonder? 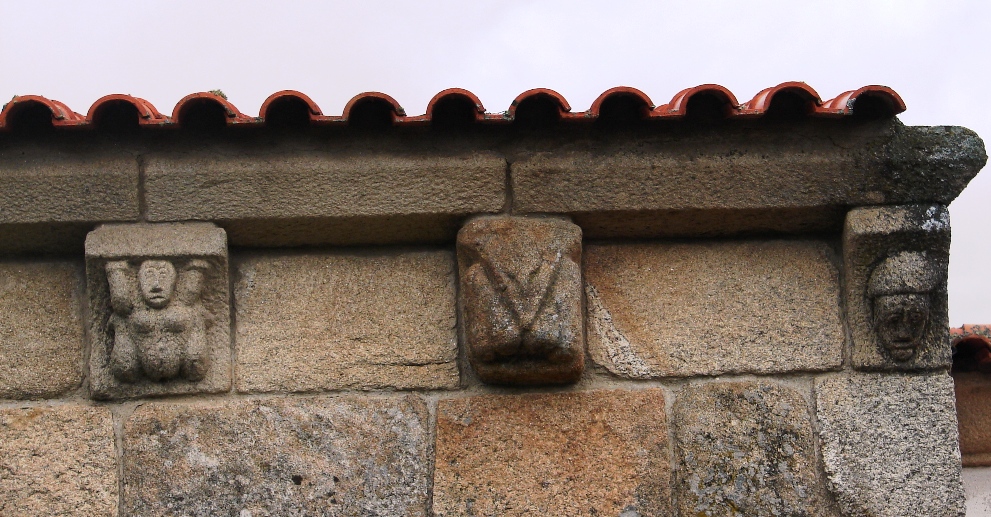 The main decorative works of the interior dating from the sixteenth century. At the start of restoration work, the triumphal arch was flanked and surmounted by three murals; the higher the patient was already in very poor condition and was destroyed, but the two side (long protected by baroque altarpieces been dropped) could be detached and restored. Them are painted two images of Santa Catarina and São Bartolomeu, portrayed as “figures-statues” inserted into niches. Later, the Mannerist period, is the altarpiece, tripartite section and conserving the original work to the boards like the second half of Five Hundred. The first record shows the Flight into Egypt and the Adoration of the Magi while in the second register recognizes the Annunciation, Visitation of St. Elizabeth and the Adoration of the Child.

Exiting back to the outside, repairs itself in very beautiful countryside facing the Mirandese Plateau and guess is the gap that built the granite canyon of the river Douro. In the churchyard of this church-kept three Roman funerary stelae, from the village of term. The set of four wakes collected in Algosinho, two were admitted to the Museum of Terras de Miranda, where part of the spoils of this unit museological.

To cap put the question, who have been responsible for the building of the temple. Some authors relacionam to Church of Algosinho the Templars, but its construction took place in the following century to surrender the territory to the Portuguese crown. That way for those who must respond to the construction of Church Algosinho.

Thanks: The Remarkable been housed in Portugal Solar Marcos (Bemposta-Mogadouro) e visitou a Romanesque church of Algosinho invitation to this great Hotel Rural supporting the turismo cultural.

4 Comments Church of Algosinho (Mogadouro) (**)- Who built the temple so beautiful?