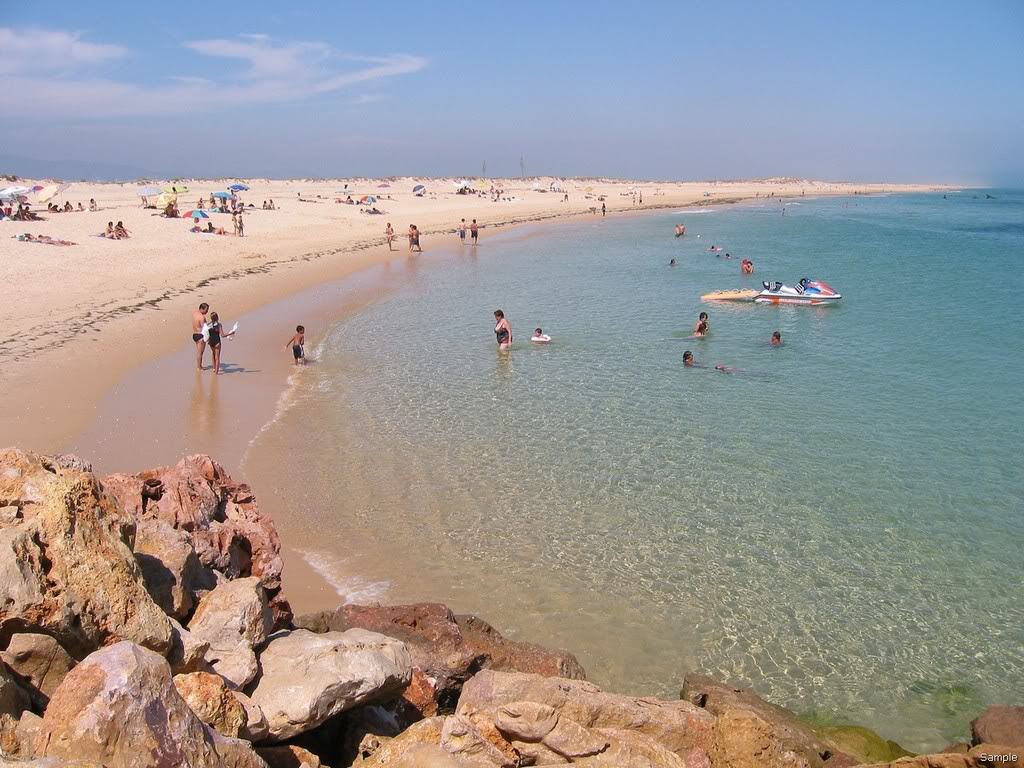 A ilha da Culatra -Farol de Santa Maria is a paradise shaped beach. Repeats what is already said to the other islands of Ria Formosa Natural Park (powerful tree here on in Tavira Island (***) ou a Island Cabanas (**)). The Culatra – Lighthouse, has extensive beaches of fine sediments, Tues warm and calm, Receiving the hot easterly winds that make this set of islands of Ria Formosa Park Natrual an Eden for those who enjoy the beach. Geographically Breech Lighthouse and form a single island, but previously were separated by a slash.
Island Beach Breech
The east of the island there is a cluster of dwellings disfigured which corresponded to an ancient fishing village, that until a few decades, population consisted of fishing. In summer the flood is too much and the conditions of summer are not the best.
As is common throughout the estuary this natural park, are observed mariscadores distributed by banks and leaks of handmade utensils – namely the CREELS and Bucket. The flowers of the sand dunes exhale a soft sweet scent of curry. 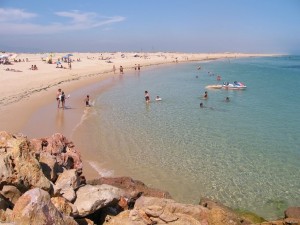 If you move about on the beach of the island of breech a little more to the east or west, throng of holidaymakers stayed, alone in paradise.
Lighthouse Beach in Santa Maria
In extreme poente have another beach, known for having a big lighthouse called Santa Maria, and can be visited at dusk, if you book in advance lighthouse keeper. The view is achieved is remarkable (**), with the total length of the island, The urban agglomeration of Faro-Olhão, o Monte Figo (***), and the Ria Formosa with its sandbanks. The lighthouse has 50 cuja light meters tall piggy bank 25 mi.
The New Bar or Faro-Olgão bar separates this island from the island of Barreta (Deserted) (****), to allow access to the ports of Olhão and Faro. This area of ​​the island is the southernmost point of mainland Portugal.
Following eastwards, Praia dos Hangars arises, where there is still an old bunker, and barbed wire, legacy of the time when Navy seaplanes anchored on this Island. Here there is a small fishing village and resort, facing the estuary.

When it comes to piers (coming from Faro or Olhão) it appears that the occupation is excessive in summer with 3000 People of average, but the sand and is extensive and, eastwards, the beach is becoming gradually more quiet and deserted.
The visitor / vacationer can move the boat through regular routes from Olhão and Faro, but it is also possible to rent houses on the island.