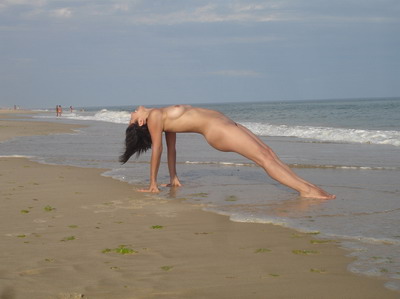 A Tavira Island is an extensive sandy track, very narrow, with 11 km long, south of the town of Tavira (**). Your delimiting the areal Ria Formosa Natural Park (***). The entire island is a magnificent beach, adapted to suit all tastes. A ilha (beach) is very hot, light, fine sand, with gentle waves and warm waters. A paradise awaits us.
The island has four beaches. From east to west, find first the Praia da Ilha de Tavira (or simply Beach Tavira), followed by Beach Narrow Land, a Praia do Barril e a Male Nude Beach. Between the beach of Tavira and Barril beach naturism is tolerated, however, in western beach of Barril (Nude Man in Beach), naturism is legalized.
The beach of Tavira
Com about a thousand inhabitants recenseados, is the site of the beach with more excitement, especially during the summer season. With infrastructure to support tourism, the island has a campsite, vacation homes and transport boats from Tavira, Pier Four Waters along the River Gilao. In this Passeio can see the fishing fleet that circulates around or rests, well with areas of salt, Long leg where the feed. 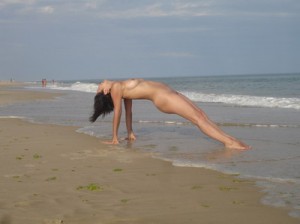 Fort Mouse and the Arraial Ferreira Neto
Access can also be made from the Four Waters. Here you can also visit the Fort of Mouse, along the river mouth Gilao, on the left bank. This fort was founded in the reign of King Sebastian in order to protect the entry bar in town. The War of the Restoration in 1640 determined that it proceed with the modernization of the fortress. It has polygonal and door facing North. Should be quickly retrieved.
Still close can visit an old base toil tuna, now working as hotel complex. It was built in 1943 and worked as an authentic village, with the capacity to accommodate about 150 families. Had the basic infrastructure to be self-sufficient (school, bathhouse, chapel, clinic, tanks ...). The decrease in the volume of migration flows of this fish ended the tuna fishing (the last date of campanha 1971). The refurbishment and adaptation in the hotel reception were held in 2000. In front of the building of the camp-it has, cenograficamente, long rows of large anchors. Was the tuna came tourists!
The site is magnificent Quatro Águas, especially when there are few tourists. With the bar to separate the Island Cabanas (**) Tavira Island, the strong Mouse, Arraial Ferreira Neto and the typical environment of the Ria Formosa Natural Park. 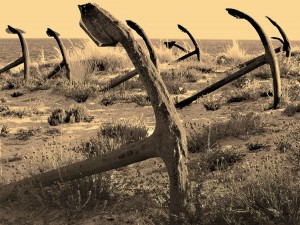 The Beach Earth Close (Santa Luzia)
To the west, the island of Tavira close up, resulting in a sand spit about 50 meters long, Close call Earth Beach or Santa Luzia, be seen from this picturesque village and tourist piscatória that FAZ crossing boat.
The beach is very narrow, of fine white sand, very extensive, providing tranquility and isolation. The village of Santa Luzia is very nice.
A Praia do Barril
To get there by crossing a narrow footbridge that towers over a canal and lagoon below then walk, or in small Comboios tourist circulam on Rails, during 1 km até ao areal. The line was built with the original purpose of serving the old frame tuna fishery located on the beach of Barril.
The trip is wonderful with Cerro de San Miguel (Monte figo) (***) to serve as reference, without forgetting the marshes, banks vent, channels and the Ria Formosa salt, and the dune formations from which liberates very distinctive smell of curry, arises from the perpetual Sands. 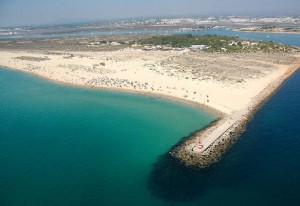 The equipment tourist beach, was adapted from an old frame tuna and place one can still see the original houses of the camp and some objects of toil, as well as an extraordinary set of large amphorae which are arranged in the surroundings of the beach over the dunes.
The beach is huge, facing the Atlantic Ocean and heading towards the western end of the island arrive at the beach Naked Man, deserted and wild beach, with a beautiful view over the island of Armona (**) Add a bar. The Beach Naked Man is official naturist beach.
Why do we have to go so far, to distant countries, terms only for beach, when here we have Eden?
Say: The boat tours in the Ria Formosa Natural Park are magnificent, because it puts visitors in close contact with nature, for such, recommend the boat Pegasus, belonging to "Touring in Ria Formosa" believes that unforgettable programs. If you are holidaying in the Algarve and not wander boat in the Ria Formosa, is like going to Rome and not seeing the Pope. Making this experience, it is, as Raúl Brandão says, "Live in a sleep, seduced by the light, Out of all interests and realities, Portugal and the Dream ... "Fishermen in- August 1922.