Fashion and accessories and Manga (Coimbra) (**) 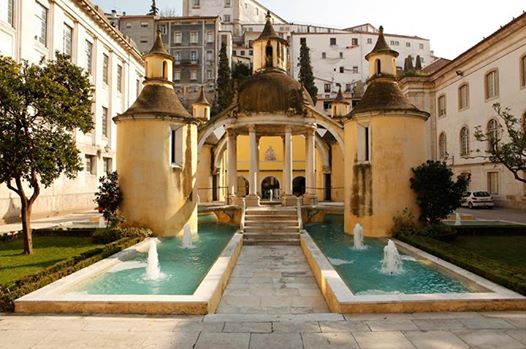 Manga Garden is a unique monument in Portugal, symbolizing the source of eternal life, with God to spread his word through the world. The words are symbolized by water-Source of Life. It is one of the most beautiful Fons Vitae Europe.

The Monastery of Santa Cruz de Coimbra was made, in the mid-sixteenth century, for a large group of buildings, which were part of three cloisters, who served for several purposes of community life of the Canons Regular of St. Augustine: Silence of the cloister (***), cloister of the ordinance, missing (where today is the building of the Municipality of Coimbra) and the cloister of the Manga. 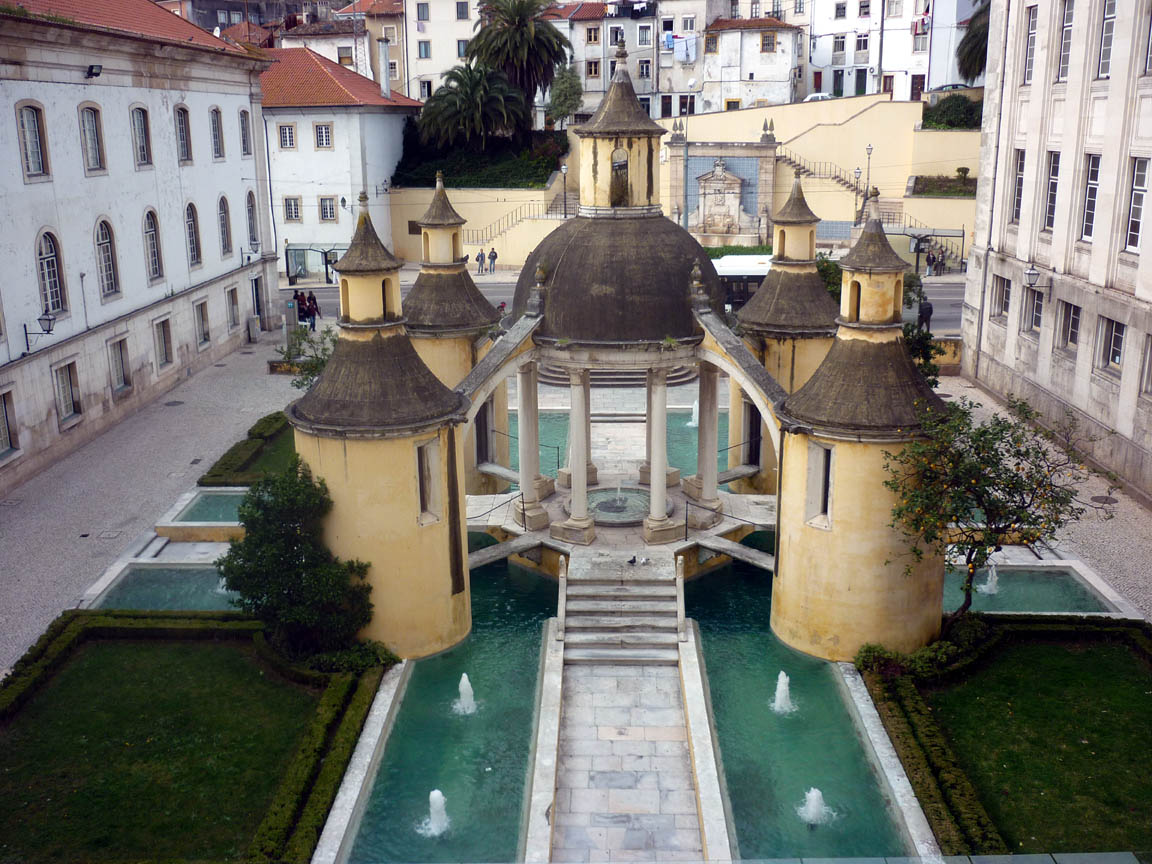 In 1527, on the initiative of Dom João III, It was started a reform of the institution. The front of the monastery was Friar Brás de Barros (de Braga), vast Renaissance culture man, to whom we owe the construction of the cloister Manga. Today is intact only the central body known as Mango Mango Garden Fountain. I remind you that the date fixed the Portuguese university to Coimbra was the 1537, seven years later all its Colleges installed in the Royal Palace of the Alcazaba, the street Sofia began to be built in 1535 while the Manga Garden, and that the Council of Trent took place between 1545 and 1565. These data are for those who want to better study this whole issue and understand how it goes from Renaissance pageantry for the accuracy severe Tridentine and how all this affected the sixteenth century buildings in question, but also to give clues as to how the religion of the Counter Reformation, It was one of the causes of decay of the Kingdom of Portugal. 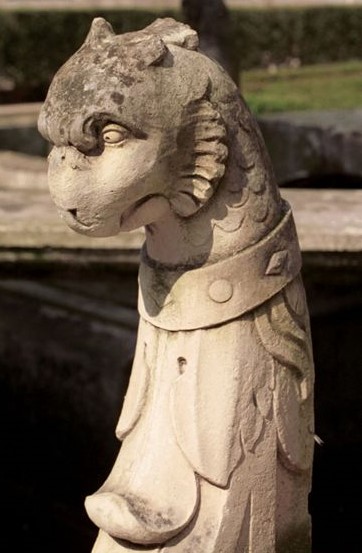 The Cloister of Manga was built in the early 30 sixteenth century, and as a work of the Renaissance your garden, that still exists is magnificent with the symbolism terminating, is therefore, one of the most important sources of life of European architecture, It is based on Italian Renaissance fresco houses.
The architect was Jean de Rouen, who lived just above and that would control very easily his work. With his team performed the sculptural parts and altarpieces in the whole of turrets, encontram currently impaired.

Legend has it that even the architectural plan for construction of Mango Garden have been stewed in the king's own sleeve Dom João III. 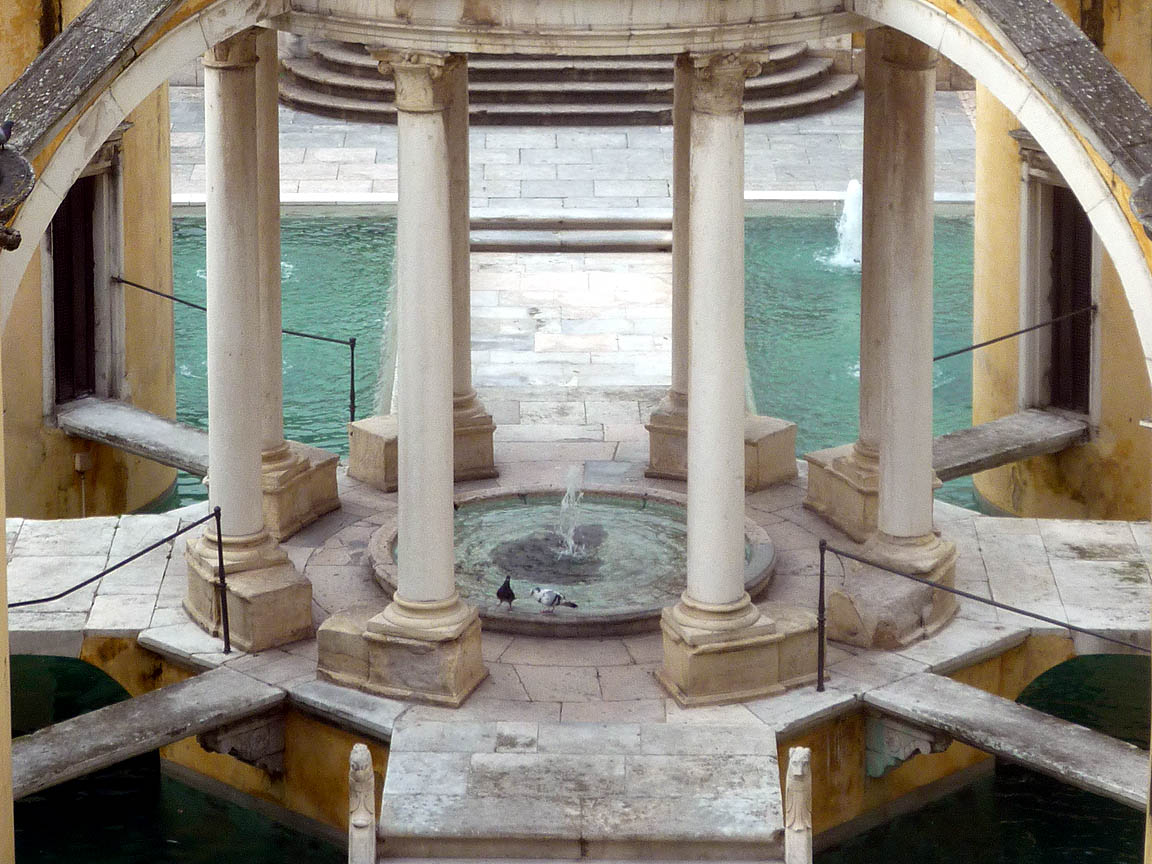 The set consists of a circular pavilion, with a lantern symbolizing the universe or Firmament, the dome is supported by eight columns. I ask already to my dear reader to fix this number.

In the center is a glass from which gushes the water that fed the entire system, today is on the floor, the beginning was standing tall. It is the word of God, a libel action for using the allegory of Water.

Forming X, There are four types guardhouse chapels, which are isolated, which is accessed by a wooden bridge times. The four cylindrical chapels also allude to the four Gospels, and each is dedicated to a holy hermit: St. John the Baptist which to retire to the desert became the first hermits; Santo Antao, São Paulo-the-Hermit and St Jerome, unfortunately the altarpieces are very worn. 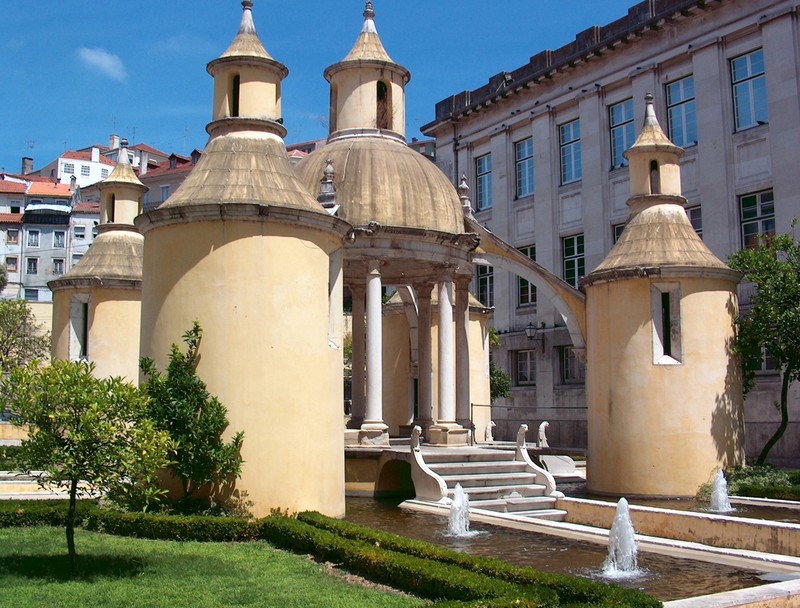 The stairs to templete have six steps. Number that symbolizes the union is, balance, perfection, harmony, here between God and the earthly world. The eight tanks attached to Dois Dois, form the four rivers of Paradise, Genesis not referred: Nile, Ganges, Tigre e Eufrates; the four rivers flow to the four cardinal points. The four streets that provide access to templete mean Earth, the material world, and representing the 4 continents known on Earth in the sixteenth century. The gardens involving all symbolized Heaven.

Gargoyles in the pavilion of the frieze represent the forces of evil and suffering, the whole are 16. Two each other and cubelo 8 continuation of each column ba. The eight animals, in pairs, dog and parrot on top of the stairs, They seem to watch over the whole scenario, the first symbolizes fidelity and the second eloquence. 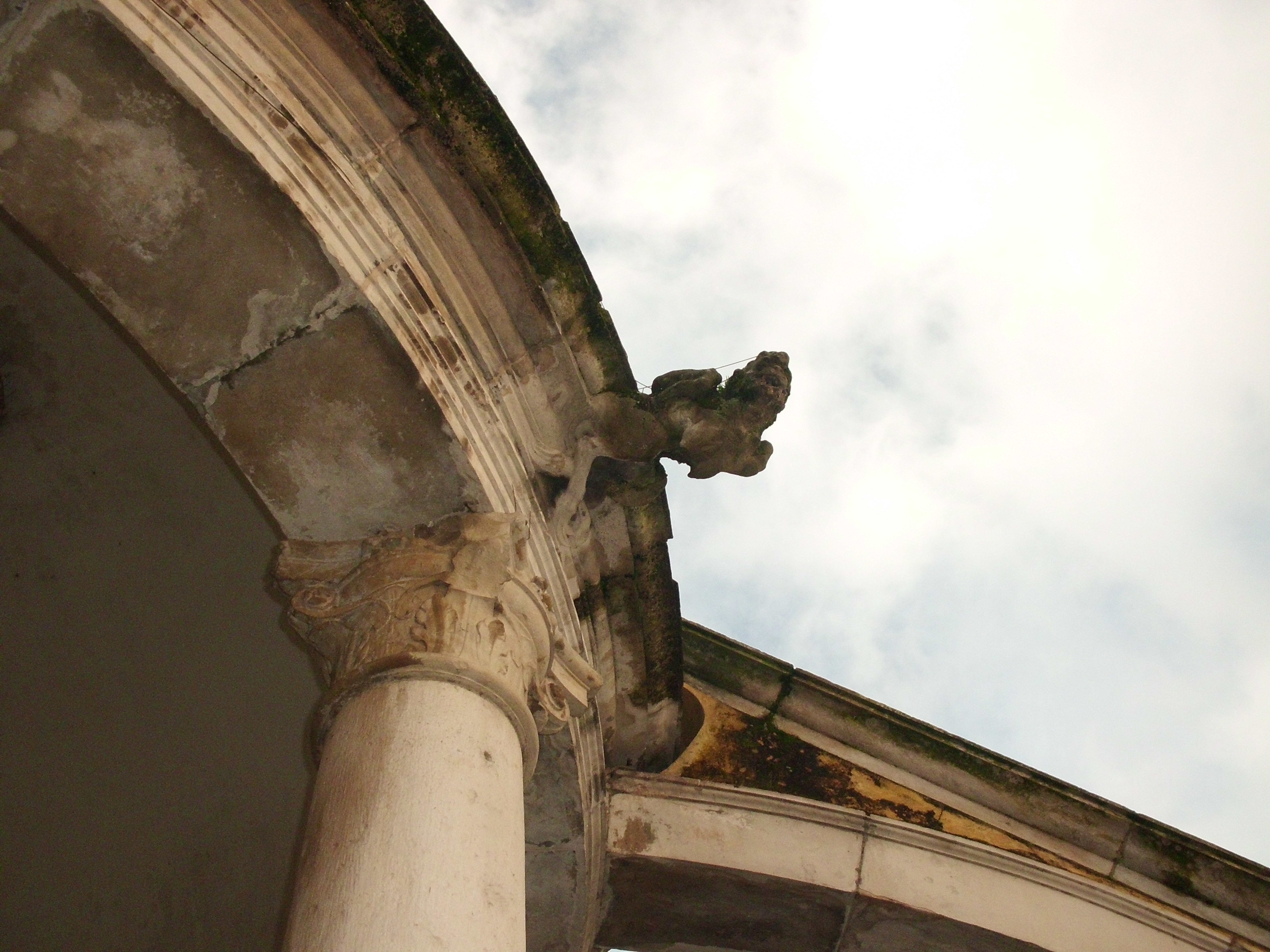 We must understand that we are in the presence of a St. Augustine order and that in his work “Christian doctrine” the four was an important number. “The ignorance of the figures also comprises prevents amount of expressions used in Scripture in symbolic form and figurative. Of course, a spirit born and feels prompted to ask the meaning of the fact that Moses, Elijah and the Lord had fasted for forty days (Ex 24, 18; I Rs 19,8; Mt 4, 2). Now, this event proposes a symbolic issue that is resolved only by careful examination of the number 4. Comprising the number 40 four times 10. It is a quaternary rhythm that continues the course of the day and year. Divide the day spaces hours of the morning, noon, afternoon and evening. The year stretches during spring, summer's, Autumn and winter”.3 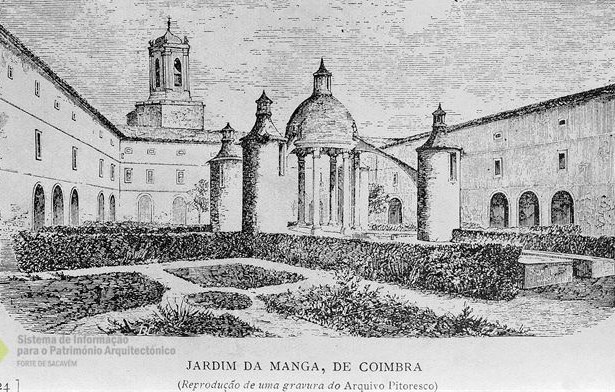 As for the number of columns, 8 it is the symbol of resurrection, transfiguration: announces the future was eternal: It includes not only the resurrection of Christ, as well as the man number 8 (eight) it is, universally, considered the symbol of cosmic balance. It is a number that has a value of mediation between earth and heaven, and this is related to the intermediate world and so well fit into this remarkable monument.
The entire assembly draws a cross, that overlaps another as stated in X, whose arms leading to chapels. “The Grand Cross is the symbol of Christ and his Martyrdom; the smallest is the humility and suffering refers to the St. Andrew's martyrdom "2
Currently there are thousands of people who pass daily along side Fashion and accessories and Manga and it is the rare passerby who admire this work of art and is one of the first fully Renaissance architectural works done in Portugal. Defronte stood the famous Torre Santa Cruz (**) it was demolished. 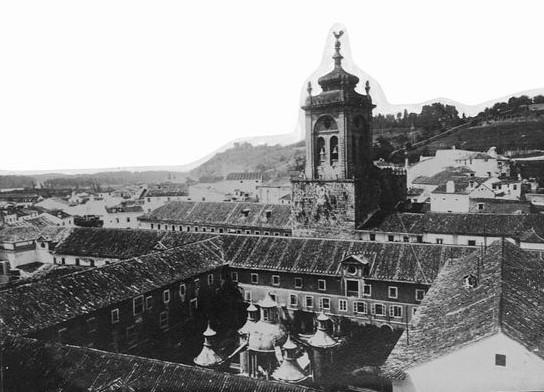 3- The Christian Doctrine of St. Augustine. Link to the book.