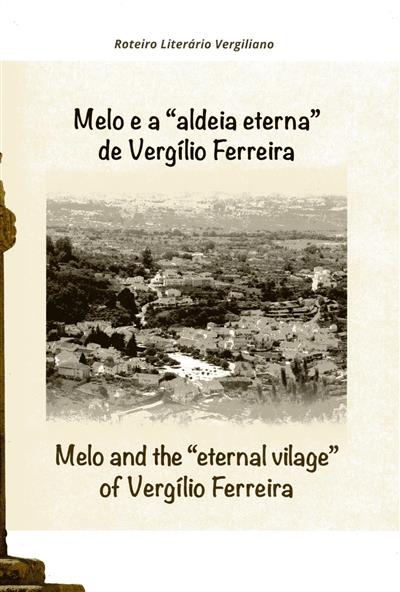 "I have for my village of Melo an affection which is more than that, why is this profound way that it has shaped my sensibility. In person I am, the environment in which I grew up has left a mark that this person is confused. Do not know, because, be possible to separate them. Nothing, because, lovelier than express the connection of my fate to the village where I was born and raised "
(Letter to Virgil Ferreira Mayor de Gouveia – 19-4-1986)
Melo It is a village with remarkable architectural heritage, with 4 classified listings: chapel of Santa Marta, the house of the House and the Palace, as Public Interest Property, and the Pelourinho as a National Monument. It remains classified as property value Concelhio, the chapel of Mercy and the three houses where he lived the writer Virgil Ferreira- Melo is notable because it is the homeland, the author's experience, and is a unique space in our literature, because in almost all his novels, Melo is present, especially its Yellow House, because it is here that the protagonists autodiegéticos, in solitude, at the dawn of life are profound statements of its existence and I seek their metaphysical.
The Birth House, Pelourinho and the Town Hall
Virgil Ferreira was born in a house that still exists, although disfigured, an alley, close to Pelourinho and Town Hall.
The house we can find it in the back pages of the “Forever”, when Paul says "Then go down to the other side of the village, my house was there. The highest gable is of slates like scales ... the stone protrudes from the balcony of the room ... " 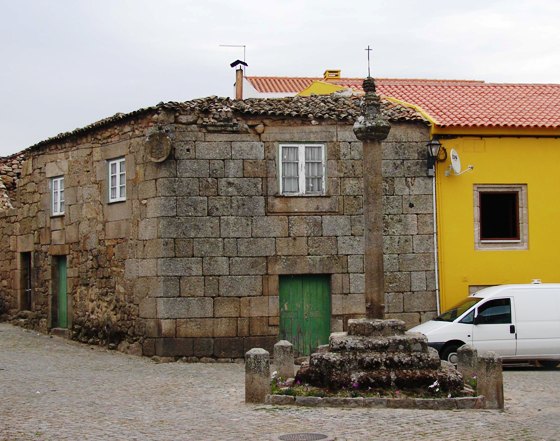 When parents leave for the United States of America, Virgil goes to live with her aunts and maternal grandmother to the house on the Cape; coming, They lived the Borralhos, Wagon in immortalized and AM J Submerged.
The Vergílio boy sure joked around the slender Manueline pillory dating from the sixteenth century pillory Manueline conical cone type. Foursquare has five steps, an octagonal shank topped by a conical cone six frames, the arms of Portugal and the armillary sphere topped by an iron cross.

In front lies the former Town Hall, presumably erected in the sixteenth century. Featuring a stone in it with the coat of arms of Melo, girded by two branches underpinning two blackbirds. Melo was up to county 1834.

Melo received charter of D. Manuel, given in 1515, following which it will have raised the current Pelourinho, by the still existing Town Hall and the county jail, that preserves the coat of Melo.

Down the street from the Plaza can still see the Chapel of Santa Marta built in the seventeenth century Mannerist style.

Let now the harmonious wide, we make a small detour in Quelha to take a peek at the house where the author was born; already in the main street-Achilles Gonçalves, stopped to observe a house emblazoned, which was for a list of primary school years and where Virgil learned the first letters.

The Church of Mercy Melo
"We crossed the village for the night of stars, the streets plowed snow, Aunt Louise brings me the violin to his chest, suspends flashlight deciphering feet. When we arrived at Mercy, rehearsed in a gallery side facing the nave of the church, Aunt Louise gave me to Fr Parente. There were many figures? Then about fifteen or twenty, represented the arts and crafts, some of the Troubadours came the night of the 5th distant in search of mystery with their guitars and mandolins ". In Forever
The temple of mercy is small and harmonious, with the gallery where Virgil learned to play the violin, their sixteenth-century paintings, probably a disciple of Grand Vasco, the side walls and the Christ Child Captain.
"... Because these Menino military dress? Bicórnio has a hat, Napoleonic influence? A jacket and shorts "?
Paço de Melo
Is slightly above the Paco de Melo, which is between all, the most monumental building. Its origin can go back to the thirteenth / XIV, upon return of the 1st Lord de Melo Jerusalem. It has undergone several changes.

In the nineteenth century during the invasions of Portugal by Napoleon's troops, He served as a refuge and home to the Bishop of Guarda. The manor house Melo Soares despite the advanced state of ruins that is retains its magnificence, is a building in L around a walled courtyard which leaves access stairs to the main floor and the old chapel of which there remains only the cross.
Virgil Ferreira had a deeply religious childhood and his baptism was done in the parish church, where is buried the Bishop of Guarda, refuge in the palace during the third French invasion. Next to the church is the parish house where the priest lived Parente immortalized in “Forever”.
Recollections of the Yellow House
Let us now turn to the Yellow House and make reparation in the dwellings of novels – the palatial house of Mr Ximenes (In Signo Sinal), Burned houses (In Forever) After the House of (In Forever)And ... we came to the fim "yellow house" – probably the most important room of Portuguese literature.
“É alta, all yellow, now faded. Shop, two floors. The beveled gables, um in the air polyhedral faceted "In Forever.
Parents when they returned from America, We have our writer was thirteen years and will build a house with a yard that goes by the name of Villa Josephine, which was the name of the mother Americanized, to better integrate into that society. It was the name on the Josefa. It was important that the dwelling was the house museum of Virgil Ferreira, the similarity of what happens with the house Torga Miguel Coimbra. 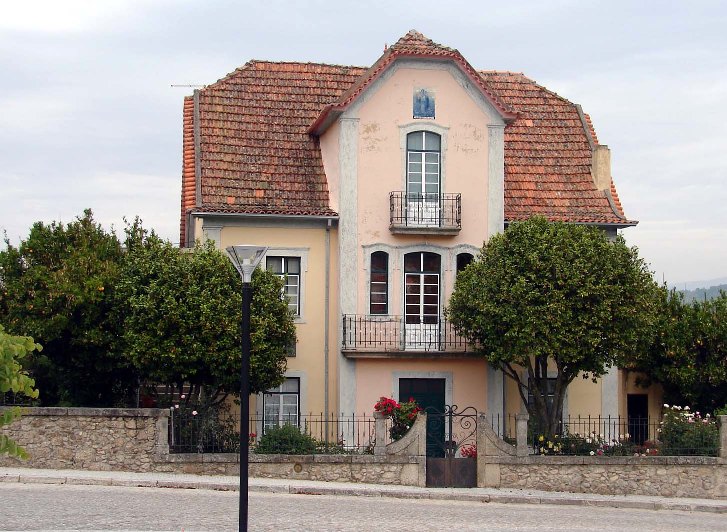 The interior is described in several novels. There is the violin, the inspiring tale of the chicken with the same name ...
E da varanda, the views to the solemn mountain, space always present in the literary work, there heaps of ancient mines of Joy Brief, there the ruins of a palace of Melo; is the entire exterior to provide clues to the discovery of the Metaphysical I Vergílio Ferreira ...
Among many House Quote, chose the opening of the Apparition.
"I sit here in this empty room and remind. A Hot Summer Moon enters the balcony, illuminates a vase of flowers on the table. This jar look, these flowers, and hear the hint of a rumor of life, the dark signal a memory of origins. On the floor of the old house water moon fascinates me. This, how many years, overcome the hardness of days, ideas solidified, the thickness of the habits, I embarrass and reassures. I try to discover the latest face of things there and read my true perfect.
But all too soon forget, everything is so inaccessible early. This huge house and deserted, panting tonight, neste silêncio of estalactites, the moon knows my primary voice ". In Appearance.

Additional note: Page dedicated to Virgil Ferreira made by the Public Library of Gouveia.

70 Pre-finalists of "New 7 Wonders of the National Gastronomy"