Opened Booking Village of Shale
The Schist Villages launched aa your Central Reservation online this month.
Opportunities abound to help you discover the best of what the Schist Villages have to offer in a region in Portugal is very depressed.
A single destination with unique offerings!
The Central Booking online will facilitate the marking of accommodation in this fantastic territory. Available in Portuguese, Spanish and English, This platform provides a diverse offering that meets high standards of quality and service. Estes são selected lodgings, so even, recognized with the seal of official partners of the Schist Villages Network.
This platform will thus strengthen international scale dissemination and promotion of the region and its capital gains. Discover the many advantages that this Central Reservation has to offer, with all the agility and convenience, without leaving home.
To learn more about the Schist Villages visit www.aldeiasdoxisto.pt 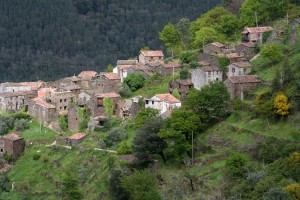 Library of the University of Coimbra the most beautiful in the world
Joanino The Library of the University of Coimbra was considered the most beautiful university libraries World, advances this week CV, online television channel of higher education institution.
The library appears in the top rankings of the most beautiful university libraries Flavorwire portal and international guide Flavorpill, New York, ranking produced by the literary editor Emily Temple.
The distinction places this library Portuguese Baroque above other reputable libraries like Yale University, U.S., and the University of Salamanca, Spain, who were in 2nd and 3rd places in the rankings, respectively.
Listed also were the libraries of Oxford-, Cambridge ou Chicado, in total 25 spaces of different universities worldwide.
A Library Joanina, which owes its name to D. João V, monarch in power at the time of its construction, dates from the eighteenth century and situated themselves in the courtyard of the Faculty of Law of the University of Coimbra, welcoming numerous searches but also serving as a concert venue, exhibitions and other cultural events.
Click HERE to access the full rank Flavorwire. 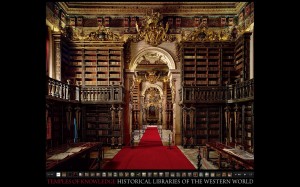 Guimarães European Capital of Culture 2012
The eleven years with the city of Porto in 2001, foi a capital europeia da cultura, a gigantic undertaking that, the good or the bad, changed the city. In 2012, it is the turn of Guimarães receive testimony along with Maribor, the second largest city in Slovenia.
Of 21 a 28 January, Guimarães 2012 invites everyone to live a special week of discovering what is the European Capital of Culture, in 2012, in Guimarães.
The official opening starts on Saturday, day 21, by 18.00 hours, with a multidisciplinary awards ceremony and opening, until 20.00 hours. Then, by 22.00 hours, Largo do Guimaraes opened an unforgettable street show, inaugurating Guimarães 2012 Capital Europeia da Cultura. From midnight, ripple the party enters the city and bars for all, streets, squares and plazas of the Historic Centre of Guimarães. It is "the first night".
Throughout the week there will be brand new exhibitions waiting, routes in the city to be discovered, songs to be heard and movies to be viewed, and tales to be counted, laboratories and workshops to be experienced to be worked.
In the following Saturday, the opening week celebrates the interpretation of Guimarães as European Capital of Culture, welcoming a new creation of contemporary dance developed in Guimarães, taking music to the homes of Guimarães and inviting Buraka Som Sistema for a concert.
A journey that fills Guimarães culture and at a pace that is here to stay all year, Guimarães is the stage of European culture 2012. It is also your stage in 2012.
See the program of the opening week here.

As 3 worst news
Requiem for the Tua River Valley
Persevere torment with the destruction of the valley of the river Tua, but we can not stop fighting because we still hope that such a crime to be canceled. This month the controversy continued, read what you wrote José Pacheco Pereira "Communist and radical environmentalist" in an article admirable radical about this majestic space and hideous wickedness against Portugal that is being committed
http://abrupto.blogspot.com/2011/12/estragar-o-pouco-que-resta-eu-sou-o.html
The whole controversy can be read here:
http://alinhaetua.blogspot.com/ 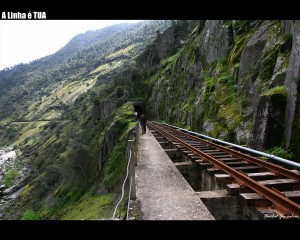 Worst month of November for the Algarve in November in recent 16 years
The hotel occupancy rate in the Algarve this year was "the worst November of last 16 years', Lusa said today the president of the Association of Hotels and resorts in the Algarve (AHETA).
The overall average occupancy rate / room was 24,2%, in other words, 9,2% lower than in November 2010 and 40% less than 1996, stressed Elidérico Viegas.
According to the hotel manager, numbers' would still be much worse were taken care establishments closed at this time, number never seen em em previous season ».
To be added to the recorded decrease in overnight stays by Portuguese, that the round 10 percent, external demand in recent weeks' also went into free fall ", after a few months they sustained losses due to decreased competitiveness of destinations that are direct competitors in the Arab markets, said.
In November, by nationality, The main decreases were recorded in German markets (-23,8%) and national (14,8%), but all source markets recorded declines.
Beyond the crisis of economies and families, President of the Algarve's main hotel association attributes the losses to factors such as declining competitiveness of national tourism, high taxation and lack of a strategy for air transport.
"We have the most expensive airports in Europe with regard to our competitors in the Mediterranean basin ', warned.
He criticized the policies of raising taxes, that among other effects 'still has the perverse effect of making us have a bad image as a country' in the eyes of those who visit us.
'And the worst is not the crisis, is no future prospects ", said, anticipating that the negative effect of Algarve Tourism conjugate of the VAT increase in restaurants and golf, tolls on the Via do Infante (A22), the end of the bridges end-of-week and the crisis on families.
According to data released today by AHETA, Best the last November 16 years for occupancy rates in the Algarve was 1999, with 55,8 percent and from 2007 (40,3) rates have fallen consecutively: 33,5 in 2008, 29,9 in 2009, 26,7 in 2010 and 24,2 in 2011.
The total turnover in November fell by 10,7% YoY.
Retrieved from Lusa site / SOL

Maioriados Portuguese abdicates holiday away from home in 2012
The habits of the Christmas holiday and New Year of the Portuguese continue to be what they were despite the exacerbation of the crisis. A study by the Institute for Planning and Development of Tourism (IPDT), that the Economic Daily had access, concluded that 92,6% respondents will not take holidays outside the home this festive season. This value is slightly higher than 91% than last year. The crisis is the main reason given for not traveling this period.
“There is a large percentage of Portuguese who do not expect holiday this year”, but “there was the brutal impact that was waiting” due to the economic crisis and the austerity measures that the government has implemented and are already struggling in the pocket of the Portuguese, stresses the President of the IPDT, António Jorge Costa. “Maybe because tourism is a sector somewhat apart” rest of the economy, that “shows some resilience” to crisis, justified.
Only 7,4% of more than four hundred respondents will take leave outside doors. It, this sample 59,3% think spending the same as in 2010. However, there 33,3% you will spend less and “monetary issues are the reason for this behavior”, reads the study to ascertain the intention of the Portuguese holiday party, year-end and 2012 that the Economic Daily had access. The great majority of Portuguese who goes on holiday party, end of year (76,9%) will have a period of leisure with a similar duration of 2010.
The intentions of the Portuguese holiday for next year are totally toldadas pessimism. Over 71% respondents will not take holidays outside the place of residence and is “the crisis and the austerity measures that justify the decision”, advances António Jorge Costa. This is the justification for 56,5% Portuguese ears in the study that will stay holiday home next year.
The austerity measures will have “great influence on disposable income” these people, says the same official. Not estudo, it appears that 60,4% of respondents said that austerity has “much influence” yield to holiday away from home in 2012.
António Jorge Costa, Portuguese tourism industry must “bet on creativity and quality teams” to overcome, a year in which domestic demand is low and where the industry will have to beat themselves “lack of price competitiveness”. After all, 40% Sales of 'resorts’ concern the restoration, which will see VAT for aggravated 23%.
The charge points “partnerships with operators and policy commitments to their stakeholders” as a solution “minimize the expected clash”. António Jorge Costa also stresses that the sector should “try to capture other markets, as it has been doing, examples of which are the Brazil, North America and Canada”.
Nevertheless, near 28,6% of respondents intend to holiday outside the place of residence 2012, last year when this figure stood at 32,9%. It, of going on holidays, a “Most think spend the same and get the same holiday period, not changing their typology of consumption”, President emphasizes the IPDT. Holidays are more than ten days, which provide an average consumption of around 924 euros.
António Jorge Costa stresses, however, that “31,4% thinks reduce spending, the housing including, choosing m large part by family house”. The reason for the crisis is to spend less, receiving 87,5% responses.
Source: Economic Daily

Outstanding Accommodation, Regions of Portugal, Distrito-Faro (Algarve), Olhão and São Brás, All articles
9 of March of 2010

Romanesque Route of the Valleys of Támega, Sousa and Douro