Historic Centre of Pinhel (*)- Why is the Portuguese do not know you exist?

In late spring 2002 first visited the historical and isolated town Pinhel and we were surprised by its monumentality. Quickly we understand the importance of this small town, serene and abandoned their luck and barely knew us who spent a few years would be our home for a year.

A brief history of Pinhel
The village had 5 grounds, the first 1179 de D. Afonso Henrique, and the last, manufactory in 1510. Pinhel It is located on the left bank of the river Coa, although still be within this about half a dozen kilometers and made the front Leonean territory which stood on the other side, this territory integrated in Portugal 1297 with the signing of the Treaty Alcanices. Dinis was who sent the rebuild Castle Pinhel and the construction of very old wall, of the best preserved in the country and currently surrounds its history center.
Played an important role as a square border weapons until the nineteenth century. Became the seat of the diocese and city 1770, By orders of the Marques de Pombal and has ceased to be in 1881. The city was diocese during 111 years, this period had its greatest development time, But detaching the Diocese, the railway station, built far, Vila Franca of the ships and the bad road access throughout the twentieth century did decline Pinhel. 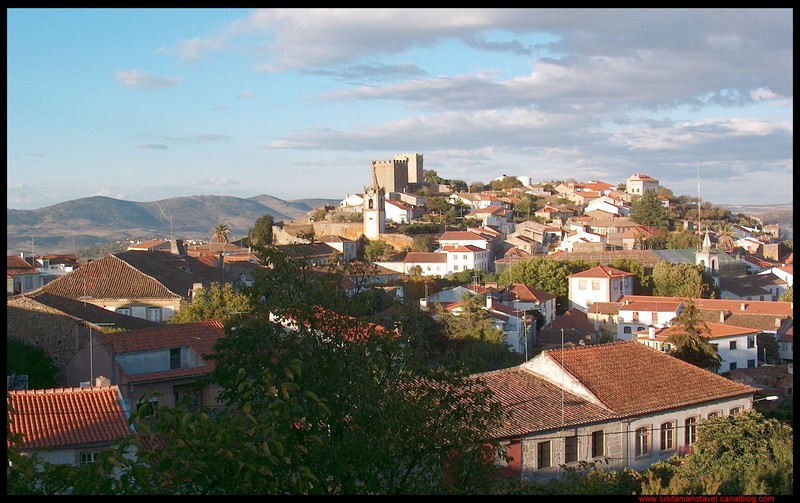 The small town is rich in solar and churches castiços, but what holds us immediately our attention are the walls that defended, and remain almost entirely, with adarve, cubelos, five medieval gates and at the highest point two robust towers, lofty, and the Watchtower, North (*) a great beauty.
Although the add Central square of Pinhel (*) (junction of three Squares), could be one of the most beautiful in Portugal if requalified.

As a conclusion, We indicated some beautiful monuments, beyond the castle the visitor should know: Church of the Trinity, the chapel of the Lady of the Hills, the former Town Hall / Municipal Museum, the Bishop's Palace, Church of Santa Maria do Castelo, Church of Mercy, Pelourinho, House of Metelos and Naples, Solar of Royal Court, the convent of St. Anthony, underground galleries, the bridge Romance on the shore of the Goats…
No doubt that this city deserves that win an afternoon, to wander quietly, in its historical hull.
Text published in August 2010.

A comment Historic Centre of Pinhel (*)- Why is the Portuguese do not know you exist?