"Founded between 1774 and 1776 the express will of the Marquis of Pombal to the center of the Royal Fishery Algarve, Vila Real de Santo António is a representative jewel of Pombal eighteenth century Portuguese architecture(1).
Maid, from scratch, Vila Real de Santo António strikes us as a metropolis of high-born, by will power and artifice.
Before the foundation stone was all a wilderness. The thirteen thousand five hundred cubic yards of landfill for the disposal of stormwater will calibrate the land where the future town-if there is to erect, in a place called Barranco.
St. Anthony of Arenilha, a very probable medieval maritime póvoa that D. Manuel I promovera a hairy by volta of 1513, had been swallowed up by the ocean waters at the end of the century six hundred, leaving an empty population greater face Spain.
Cacela, previous county seat, despovoara up gradually, inhabiting its residents by farms and ranches.
Monte Gordo, however, bring some large number of Catalão, Mallorcans, Andalusians and other foreigners, there exerting a seasonal fishing activity but rampant, had become appropriate the riches of its seas, fleeing to the tax authorities as they could.
Castro Marim, after the Restoration Wars, Military loses importance and "disables" the status of the main stronghold of the Algarve. This is the scene at the entrance of the last quarter of the Enlightenment.
It, if the ele aduzirmos the doldrums that come to agricultural activity, the incipient trade made by nationals now in complete dependence on English subjects, and the inability to hinder the smuggling excessive this area fronteiriça albergava, at a time when gold shipments from Brazil to constrict increasingly, we focused the main reasons that drove Sebastião José de Carvalho e Melo sending build the new Vila Real.
Illuminist important work of the Marquis of Pombal
The main reason of the construction of the metropolis is, so, erection of Customs (we removed the Castro Marim). She is the symbol of power of Pombal. Here was beginning Portuguese Earth, right here would charge the revenues of fish withdrawn from the waters of Monte Gordo.
The urban moth, which has its maximum expression in the former Royal Plaza (that now bears the name of the Marquis) and in the streets surrounding, Any of Vila Real de Santo António a paradigm of urbanism and architecture of the Enlightenment period ". (2).
The purpose of the survey was to Vila control the trade in this important border point and develop fisheries, later canning would arise in the region. Although currently the location be chaotic and shapeless, its historic center is nonetheless remarkable, with the geometric layout to remember a downtown Lisbon. Altogether there are 190 Pombal era buildings, some still original, they all executed with great elegance and mastery. It senses here the meaning of the Enlightenment spirit. 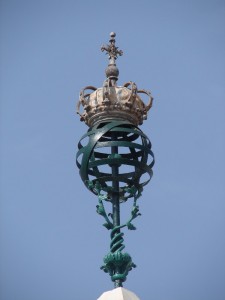 The design of the square, the nerve center of Pombal work, is due to the principal architect of the court, Captain Reinaldo dos Santos. The imposing obelisk, Concerning the King Dom José, is the date of the year 1775, mas was only exposed to the public 13 May 1776.
The whole set Pombal "... displays today the serene balance of their classic form. Centered in the square of square dimensions (72,60 X 72,60 m), which includes City Hall and the Parish Church, with radiant floor converging in the central obelisk, and framed by 4 turrets on the extremities. Also the front marginal this set, laying on the Guadiana, presents a number of fronts to block simple toppings amansardadas, but with an elementary construction of a monumental obtained by all, which completes in two turrets, north and south, mild and subtly Raised, Pombal type of coverage (two unequal water). The South tower, recently recovered, houses the history file ". (3)
Stroke quadrangular this square is paved Portuguese, with a radial black and white subject, centered in the obelisk above.

The dock Pleasure, facing the river Guadiana, with the vivid vessels, although muddy in the landscape, is nevertheless an important work for the region, and just so understandable.
The constructive spirit of the Portuguese is remarkable, when well chaired and if we had had a good recent terror leaders, Portugal would be more prosperous and less unjust. Citing our greatest poet ” a weak king, makes the weak strong people "but give me leave to amend the phrase to my concept of the world - King makes a strong strong weak people.
The words of the obelisk make us understand the feeling of absolute monarch towards his vassals and remember to current policy that the final objective of good governance is the "public happiness", present and future. 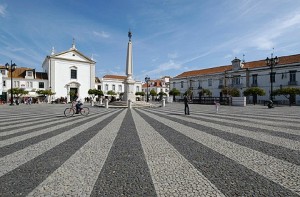 The Marquis would be grounded to the City, when it became Vila Real de Santo António. Let us remember the words of the first alert and we apply them to works of the Marquis photos: "That the works of men and their memorable deeds will never be forgotten"; so Herodotus wrote in the preamble to its (our) stories.
A KING D JOSEPH I
AUGUSTO invicto PIO
RESTAURADOR
ARTISTS OF LETTERS
Commercio OF AGRICULTURE
REPAIR
GLORY OF CONGRATULATIONS AND PUBLISHES
FATHER OF clementissime his vassals
PROTECTOR OF INNOCENCIA
AVENGER OF THE SUPREME oppression
Conservative public peace
And Inimigo FROM DISCORD
The Commercio OF FISHERIES
Destin S VILLA REAL. ANTONIO
RAISED IN FIVE BY MEZES
STATUTE AND THEIR reactions steps
WITH ALL THAT OZELLO executed
O MARQUEZ DE POMBAL,
Flood OCEAN EMQUE
CENTURIES BEFORE THIS WAS SUBMERGIDAERIGIO OBELISCO
FOR PERPETUO standard oftheir
IMMORTAL AND HUMBLE TRIBUTE
YEAR DE 1775
Note – Quote of the obelisk from Marques de Pombal Square in Vila Real de Santo António.
(1)- A couple of the Lower Lisbon Pombalina (**)
(2)-Read the full site My Land
(3)-Fernandes, José Manuel; January, Ann- Architecture in the Algarve early days of the present, a reading summary, CCDRAlg, 2005

21 Wonders of the cuisine of Portugal