The ultimate recognition of a historic and natural heritage is made by UNESCO and is referred to as World Heritage or Natural.

From North to south, the savvy traveler, found in Portugal, with its beautiful islands, 15 material properties on the World Heritage List, lying between the 20 countries with the highest number of registered goods.

are monasteries (Battle, Alcobaça and Tomar and Belem, Lisbon, Interestingly all relatively close, between the river Mondego and the Tagus and they all builders of our nationalism); are historic centers of cities (Angra do Heroísmo, Guimarães, Port, Coimbra here part of the ride of their very old and Évora University), They are military walled set of Elvas, from the Roman Empire to the strong imposing the seventeenth and eighteenth centuries, stemmed from the War of Restoration (between 1640 and 1668, note to the reader not forget, this city also has a rather remarkable historic center which includes in its several very valuable monuments). Producer of famous wines, also built his landscape at the expense of these, especially here for the two World Heritage of Humanity (And Pico Alto Douro Wine Region); prehistory is also well represented with fabulous paleolithic engravings of Coa Valley.

Unfortunately we only rated a World Natural Heritage Site, the Laurel Forest of Madeira; I believe Portugal can classify some more World Heritage in this segment. We are reminded in the Vicentina Coast with its cliffs, Finisterre true monumental, more savage than magical-religious and its magnificent beaches where the geology of the rock theme for so much beauty.

Also his friend Marco Ferreira remembered a magnificent heritage, the "Volcanic Lakes of the Azorean islands as it says are" unparalleled beauty of spaces in the Universe ".

Here is the list of 15 assets classified by UNESCO

The last was heritage listed in 2013, a High and University of Sofia Rua de Coimbra, the joy was huge because we are also of this city and this award was long desired and because the latter are sometimes the first.
For those Portuguese who belittle the value of our heritage in relation to other countries of great monumental value to Spain, France or Italy, is the ratio of the area Country / number of sites rated (2009)…e surpresa! Here's proof that they are wrong. But the friend know that this is only one criterion, others can be followed, favoring or disfavoring us us. But I want to put here also other tourist beaches values ​​as, miradouros, gastronomy, museums, handicraft, historic villages, prices ...?

It is relevant at the level we are Italy and ahead of Greece, France, Spain, UK .... grata surpresa! 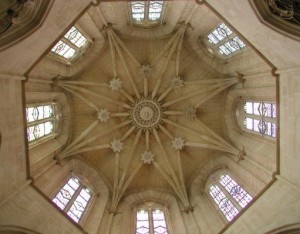 Monastery of Batalha, Heritage of Humanity

Here is the list of World Heritage UNESCO in Portugal simplified:

Already familiar with these 15 local? What other places would you like to see included in this list?
Boa Viagem!