Skip to content (Press Enter)
Home>Regions of Portugal>Distrito-Faro (Algarve)>Aljezur>Arrifana Beach- The beach of the Sufi?

Beach Arrifana- The beach of the Sufi?

A Praia da Arrifana, of great natural beauty, Blue Flag is a magnificent beaches of the municipality of Lagos and is inserted in the Vincentian Coast Natural Park and Southwest Alentejo. In previous articles we have discussed some notable beaches in this county:
–Beach Mulberry (***)
–Beach Bordeira-Carrickfergus (****)
–Praia do Amado (***)
A Beach Arrifana extends by a sandy beach with more than half a mile long, but narrow sand and is protected by high cliffs Carboniferous shales folded. Forms a small bay, are thus less hit by waves which makes it great for surfing and bodyboarding. 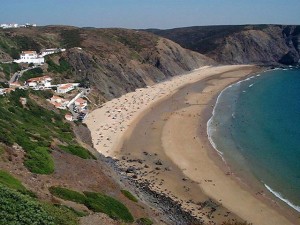 At the top there is a slim South Leixão erected in the middle of the sea, that reminds of a giant statue, being, however, called "Rock the Needle".
At the northern end of the beach, next to what remains of the ruins of Fortaleza is the Arrifana the scenery is breathtaking.
A Fortaleza is the Arrifana supposed to have been a Moorish building of the twelfth century which could have lived Ibn Qasi, Sufi and CHEF independent Taifa of Mértola who lived there for some time withdrawn. If doubts exist regarding the Moorish building on the edge of Arrifanam, they do not exist in relation to the archaeological remains of a Ribat in north Tip of the Watchtower (*) that is the subject of archaeological studies.

The fortress was rebuilt Arrifana in the seventeenth century in the context of strengthening the defenses of the coast, and devastated by the earthquake of 1755. Currently only remaining part of the wall that correspond to the input. Here at its base there is a small fishing harbor.
A Beach Arrifana has 3 defects: the first is the direct access that is difficult for the beach with a very steep road, where parking is prohibited, left us with so much patience to wind the slippers and down steep climb and clear after .... The second is that the sand becomes very narrow at high tide. Finally some dwellings on the northern edge exhibit some aesthetic disarray. Although these three defects beach Arrifana is splendid.
Listen: Beach Arrifana on TSF. 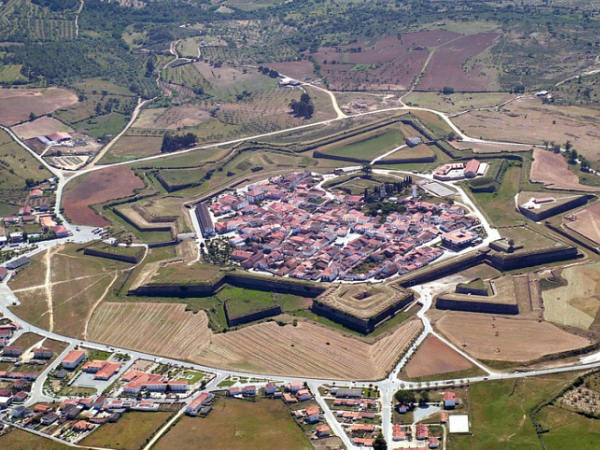 As 5 tourist wonders of the municipality of Almeida- Now the people are serene, once defended his blood Portugal

ALREADY VISITED THE ROUTE OF THE CRIME OF FATHER IN Amari Leiria? (*)