The municipality of Sintra has an exciting archaeological remains and how much of it already has not been buried by modern urbanisations?
An example is this set of standing stones located on the Mount of Barreiras (also known as Castelo das Pedras), near the museum and complex Archaeological Odrinhas (*).
High on a hill, in the middle of the grove, in which can be seen wide territory, the Atlantic Ocean, the Sintra hills, the gentle hills and rounded the saloia region until the bell towers of Mafra Convent, is this megalithic, consisting of several menhirs, of varying shapes and sizes, unevenly distributed. This certainly assume an extremely significant focal role. In typological terms no way resembles the region, with the possible exception of megalithic enclosure Caneças (Loures). 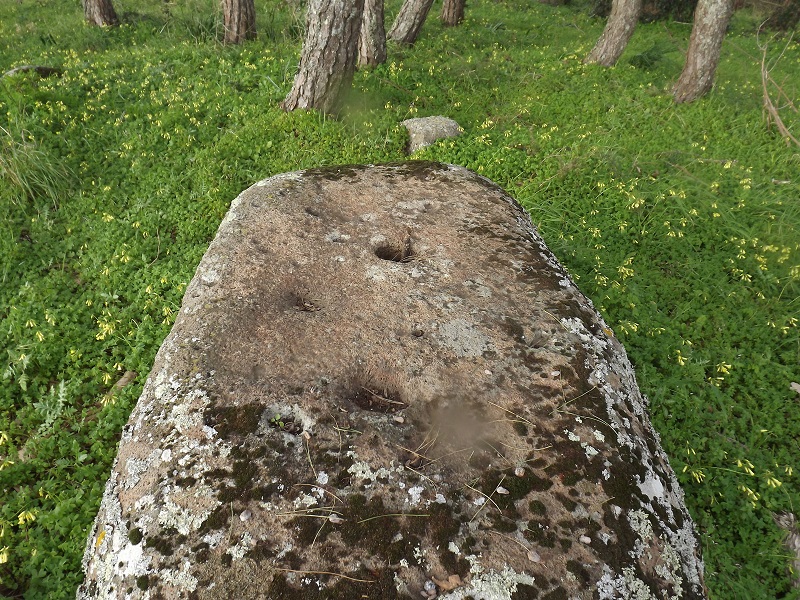 Note that we are in the presence of a natural outcrop of carbonate rocks of the Upper Jurassic (we are very close to the famous Stone Lias, who built almost all the monuments of the Lisbon region) and that many menhirs are just rocks in outcrop fond erosion, but that other humans had pre-eminent role to reuse these natural monoliths. Some are off the outcrop which implies human activity as are upright. The thus implanted is standing stones and flattened ovoid shapes and are distributed irregularly. The seemingly chaotic set can have some rationality with regulated spaces intentionally, may thus form a Cromelech, some menhirs seem to have dimples (“fossetes”). 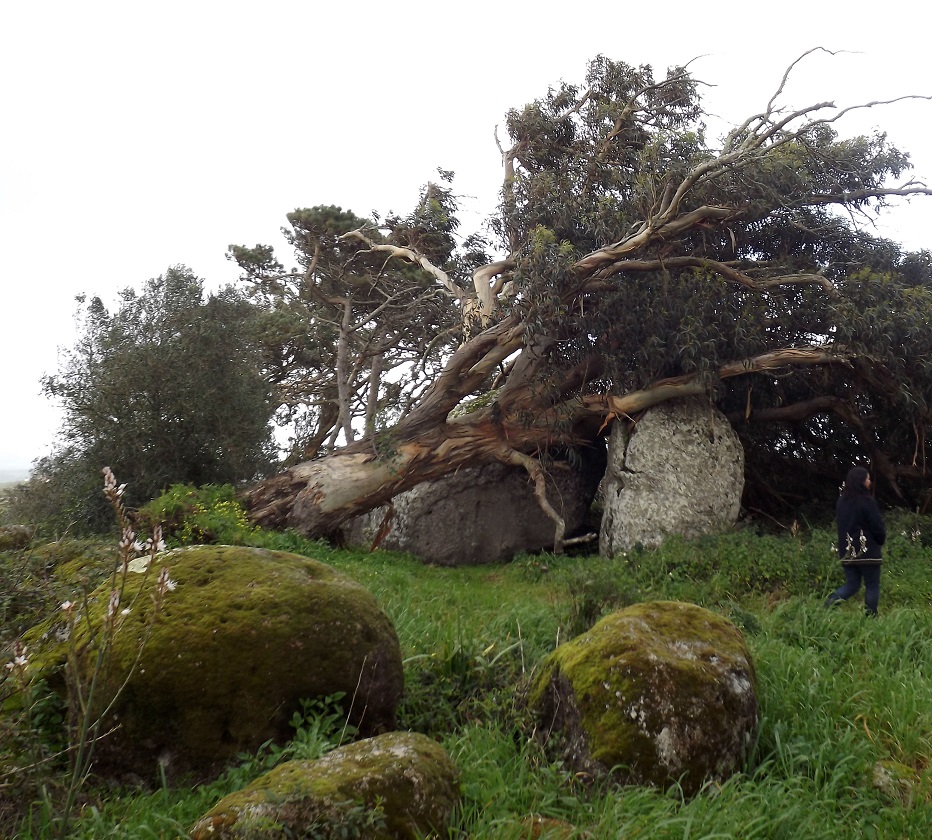 I have information that a modern and uneducated Obelix started and carried two of the standing stones (the highest and that was fallen) deploying them in front of his house, and is now visible from the road leading from the Sintra São João das Lampas. It is once again the litolátrica artificiality of a local, this time were not required hundreds of men to drag the monolith but a contraption. Can someone tell me where these standing stones removed?
All this megalithic sanctuary deserve by our rulers careful study and that neither would be too costly, although its initial reconstitution be rather difficult and also knowing that the area of ​​a cromlech in the surroundings of standing stones almost never is significant archaeological remains which now suggests a forbidden zone. Hence result a contribution to science and would be an effective way to put some tourists to visit the northern sector of the municipality of Sintra.

The menhirs invention arose from agriculture and animal husbandry, It is probably a male symbol, related to the fertility cult of megalithic community, both associated with mood and timing idolatry, and as regards the protection of reproductive life, humans and their agricultural activities.
Qualified place by cromlech is a sanctuary, it is so designate this site as the Megalithic Sanctuary Odrinhas.
This set was declared Public Interest in 1993. If you know the Megalithic Sanctuary Odrinhas why not shared your experience with information, feelings and photos?