Who wanders Sword of ash-to-Tape quickly notices that the village has in its historical hull several sixteenth-century dwellings in Manueline style. These stand out from the House of marauders and house in the beginning of the street Knoll. The historic downtown streets converge on the Square Jorge Alvares, which is why, the civic center of town. It is in this churchyard that found the average quality statue 1950 the great navigator, with a brilliant performance in the East (for example, in 1513, It was the first Portuguese to contact directly to China, also this famous adventurer has a statue in Macau. Here we are three notable landmarks of the village: A Tower of the Rooster (**), a Igreja Matriz (**) e a Chapel of Mercy with its beautiful chancel polinervada (*).

The two steps of the mother church, It is what the locals insist on be called the Castle and that is the walled enclosure Shale cemetery, comprising the wall debris and remains of a door. Adjoining the cemetery is colossal and elegant Tower of the Rooster with 25 meters, heptagonal and corbels projecting parapet with the Burgundian type. Sports on the side facing the square weapons Village. It is known that Dom Dinis sent here to do important work and it is probably, expansion beyond the walled enclosure, this beautiful Tower of the Rooster. 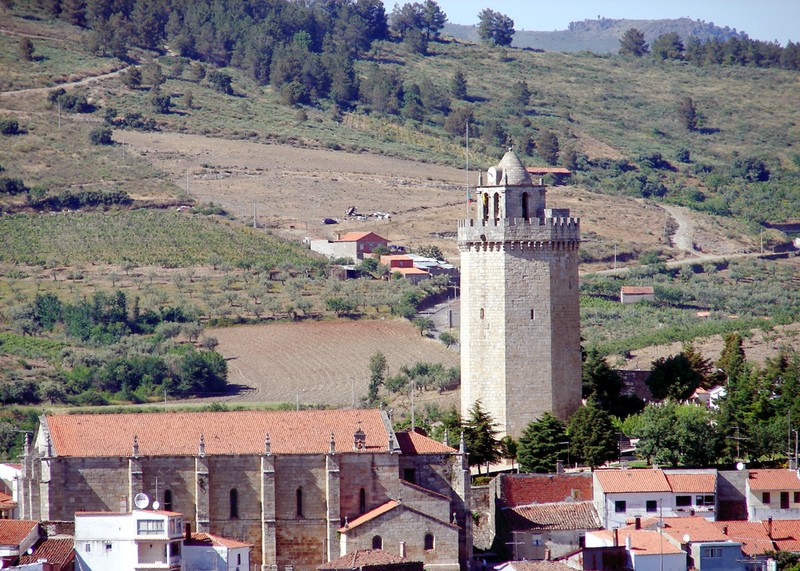 To observe their sights (beautiful scenic village, neighboring fields and hills) have to pass a high-arched hall that receives light strained by the seven battlements and stair climbing over a high-arched. On the terrace stands the bell tower clock, placed there later and that is the reason for the designation of "tower Rooster". But what I narrate this paragraph did not see the photos, because the two times I went to Ash's entry tower was closed. And is all that remains of what was to be a great defensive fortress, that he would have five Cubelos and two powerful towers: one - the missing donjon and Tower of the Rooster. Moreover, similar to what happened to the defenders, the same may happen to its historic center, because they discover degraded and descaracterizado, mixing the brick, windows and doors aluminum sixteenth century relics full of character. To finish I say flatly that Tower of the Rooster is one of the most beautiful medieval towers of the Iberian Peninsula.