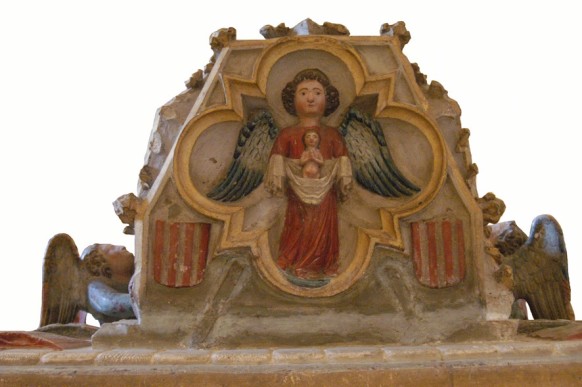 In the district of Coimbra were identified by us 122 units Remarkable Heritage (material) and 27 immaterial. This heritage is urgent to know, love and defend is also a more economic value for tourism, expected quality.
Unfortunately in the year 2017 the district of Coimbra, It was terrible fires target, which decimated the territory and many of its natural values, especially the destruction of this plant relic was Mata Margaraça. Day 15 October, will be forever in our memory, with the district on fire, ceifando lives, causing hundreds injured, destroying industrial park, homes and destroying all existing forest in this territory. We have to reforest with the shortest possible time and with all the wisdom and technology we have at our disposal. All municipalities were affected, especially Oliveira do Hospital, Arganil and Gois,all the inhabitants of the district have been touched, directly or indirectly by this tragedy; right on the coast pine forests of the area burned Gandaresa, getting the viewpoint of Vela, more sad and Quiaos Ponds, especially the Sail, almost ruined ( eutrophication which was felt, adding to destruction of the surrounding pinewood. As resistance symbol, despite having gone, We decided to keep here in Mata Margaraça Heritage list Noted.
Dune cliffs without beaches, area gandaresa, Mondego alluvial fields, Limestone Saws, quartzite and schist of the Cordillera Central and the Beira plateau of the middle section of the Rio Mondego, are an important mosaic of diverse territories that marks indelibly those visiting the territory.
The region also has a good traditional cuisine attracts the most varied palates in search of Portuguese cuisine.
The dishes using traditional elements of preparation, harmonizing the rustic kitchen are characteristic of the region. A Chanfana (cooked goat meat) (Poiares and Gois), the Pig Roast (Coimbra and Cantanhede) Rice and Lamprey (Penacova and Montemor-o-Old), or fresh fish from the port of Figueira da Foz).
The gastronomy of the district of Coimbra is rich in sweets,influenced by the monasteries with medieval origin, getting highlight the Arrufadas, the Arroz Doce, the Golden soup of Santa Clara Nuns, the Egg pudding, as Queijadas Pereira and Tentúgal, the cobs of corn and unmistakable pastels of Tentúgal, those of Lorvão, and Santa Clara, stuffed with fresh eggs and displaying the typical half-moon shape.
But unfortunately the heritage that we raise has also been tipped, por incúria, bad faith or ignorance; just to name a few remember the collapse of about 1/3 Upper Coimbra, that would make today a city of Coimbra level of Florence, New state-as if there was another place where to build the Polo II of the University of Coimbra! Or even recently the destruction of a number of eighteenth-century houses in Lower Town, to build a metro that will not exist .... Anyway urges join forces in what is still standing and at risk, as is the case of the former Convent of Santa Maria de Ceiça in Figueira da Foz.

The municipality of Coimbra, holds almost a third of local notables in your district, what is accepted because this city beyond the most important city of the kingdom of Portugal during the Middle Ages, also saw their University (and before the Monastery of Santa Cruz) be a focus of attraction of European culture. The High University of Coimbra is a World Heritage site. The Roman city of Conimbriga is also able to be UNESCO World Heritage.
As intangible heritage of humanity, also suggest that the art Xávega (joining other districts), It can also be classified as Intangible Heritage of Humanity.
We know that the list is subjectiva, want in the locations indicated or even, regarding its classification (Remarkable (*), Very Remarkable (***)), but the list of those who know this territory well and he loves, disseminates and supports each of these sites. However humbly know change our choices, whenever houver reasons for that and if we get the reader to sensitize such, because as we want to be good judges hear what each one tells us. So we asked the attentive reader, know another remarkable heritage that could be here? What do you think of the selected sites?
And without further ado ... here's the list and after such a cheerful trips to know and feel better all these places?

Cantanhede and Look (3)
-Altarpiece of the Chapel of Mercy of Varziela (*)
-Historic Centre of Ançã (*)
-Set of beaches and dune fields of the Well of the Cross, Sight, Palheirão and Torch (**)

Coimbra (44)
-Colleges and Churches of street Sofia (World Heritage) (**)
Highlights:
-Altarpiece of the Church of Santa Justa New (*)
-College of St. Thomas (Palace of Justice) (*)
-College and Church of Grace (*)
-Carmo Church and Cloister (*)
-Courtyard of the Inquisition of Coimbra (Current CAV) (*).

-Fashion and accessories and Manga (**)

-Almedina Tower and remains of about Coimbra (*)

-Machado de Castro Museum (Old Bishop's Palace) (***)
Featured: Roman cryptoportico (**), but also dozens of works of art, which will be the subject of a special feature.

-Church of the Major Seminary of Coimbra (*)

Left Bank of the River Mondego:
-Panoramas of the left bank of Santa Clara for the sacred hill (*), that stands out in the panorama of the Valley of Hell (*), or Bela Vista or urbanization of Santa Clara Plateau.

-Portugal of the little ones (*)

And in the city of Coimbra:

And in the municipality of Coimbra, outside the city:

Gois (10)
-Cerro da Nossa Senhora da Candosa (Vila Nova de CEIRE) (*)
-Quartzite boulders Gois (*)
-Village of Red Shale of Góis (Comareira-Aigra-Old, Aigra Nova and Pena) (*)
-Urban park Ceira with the Baroque bridge in the town of Gois (*)
-Renaissance tomb of Luís da Silveira in the mother church of Gois (*)
-Paneled ceilings of the Town Hall of Gois (*)
-Watermills and scenic stretch of the river Ceira in the village of Cabrera (*)
-Panorama of the Old Village (*)
-Panorama of the Wind Master (*)
-Rock engravings of Letreira Stone (*)

Blackboard and Miranda do Corvo (7)
-Panorama of the High Trevim (***)
-Castle, de Arouce, shrines of our Lady of Mercy and surrounding countryside (**)
-Cities serranas shale Sierra slab (*)
-Overview of Wind Farms in Vila Nova (*)
-Panorama of the Sanctuary of the Lord of Sierra (*)
-Solar Quinta de Santa Rita (*)

Oliveira do Hospital and Board (14)
-Panorama of Mount Colcorinho (and sharing with Arganil Seia) (***)
-Shrine of Our Lady of Prayer in Maceira Valley (*)
-Valleys and Alva rivers Alvôco (*)
-Gothic bridge and river beach in Alvôco Várzeas (*)
-Old Town panorama of Grandfather and Grandfather of Balconies (*)
-Roman ruins of Bobadela with its Roman Arch and Anfi Theatre (**)
-Mozarabic Church of St. Peter Lourosa (**)
-Blacksmith in Chapel Church of Oliveira do Hospital (*)
– Anta of the Quartz Arcainha the Side (*)
– Palheiras Fiais of the Border (*)
-Old Inn of Santa Barbara in Póvoa de São Cosme with its panorama (*)
-Hotel and Convent of Our Lady of Reparation (*)
-Set vats da Sobreda (*)
-Oscillating or Boulder Boulder C`abana (*)