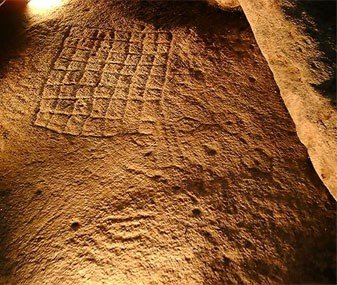 Probably not many Portuguese who know the village of Vilar Maior Sabugal in the county and yet is one of the most beautiful of Beira Interior. Learn why! Do not judge the reader (or photos - that is irrelevant to the case), that Vilar Maior is one of the twelve historic villages classified Beiras, which is patently unfair! Despite this setback this village has at its disposal numerous different asset testimonies of various chronological ages. Among the most representative set of elements enumerated archaeological findings are some Neolithic, Late Bronze and Roman Period, some exhibited in the local museum: prehistoric axes, MOS Vaivén, Manual Ceramic, Roman pottery, and circular loom weight custody grinders.

The Templar Castle of Vilar Maior

The castle, which rises over a granite hill bounded by small rivers Tailors and Cesarão, raises some doubts as to its foundation, once posed several hypotheses: castro Bronze Age and vetão, Roman fortress and Arabic. Vilar Maior has a lot of heritage elements datable medieval period, given the undeniable development that suffered from the XIII-XIV centuries, being the most prominent element is their fortification. After the Moorish occupation after the Reconquista and the village was given to fleeting Knights of the Order of St. John Pereiro (likely with headquarters in the region). Occupied by the Portuguese, the castle would be taken, in 1230, Leon hairs. In 1296 the castle was taken over by D. Dinis, giving the charter granted to the Templars and the population. In 1297 the town was confirmed as the Portuguese with the Treaty of Alcanices. 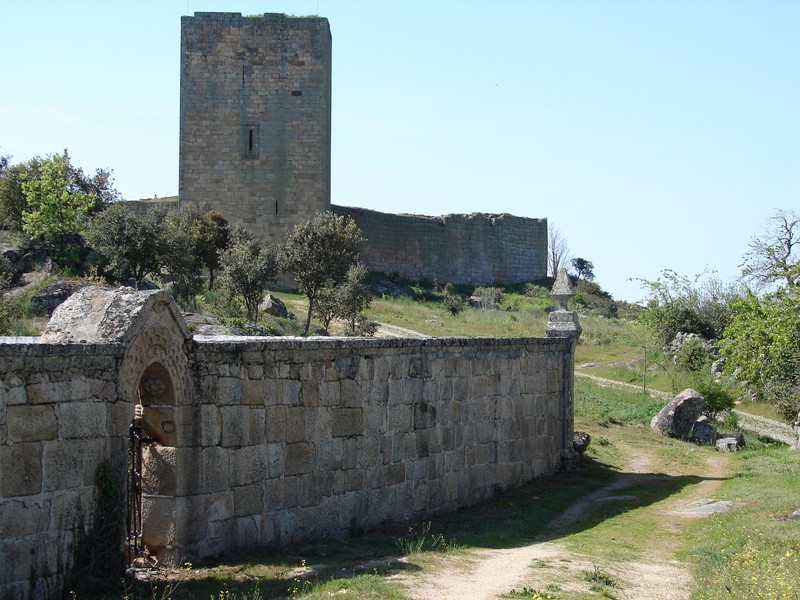 Between 1367 and 1383, the castle, together with the Castelo Mendo (**), Sambucus (*), Villa Taurus and Castelo Bom (*) was important in the defense of Ribacôa. Manuel second charter granted in the village 1510 and improved the castle. The Castle has traced oval, which allowed better support the walls for lack of buttresses and turrets. The wall, no battlements, Two doors open. Of the several buildings inside the castle that belonged, remains the cistern, the extensive tunnel that breaks up the banks of the river Cesarão, but mostly its donjon.

The monumental castle keep of the Castle of Vilar Maior

Addorsed outside the walls, has square plan and achieves the 23 meters (making it one of the highest of Portugal); with three floors, externally has a shield with five corners and several loopholes. This stone colossus, there are good over 100 different abbreviations of medieval builders, of utilitarian nature but also enigmatic yoke, because we are here in the field Templar. There is oral tradition that here the Knights of the Order of the Temple of Jerusalem practiced astrology (I read this information no longer know where and we need to confirm it). 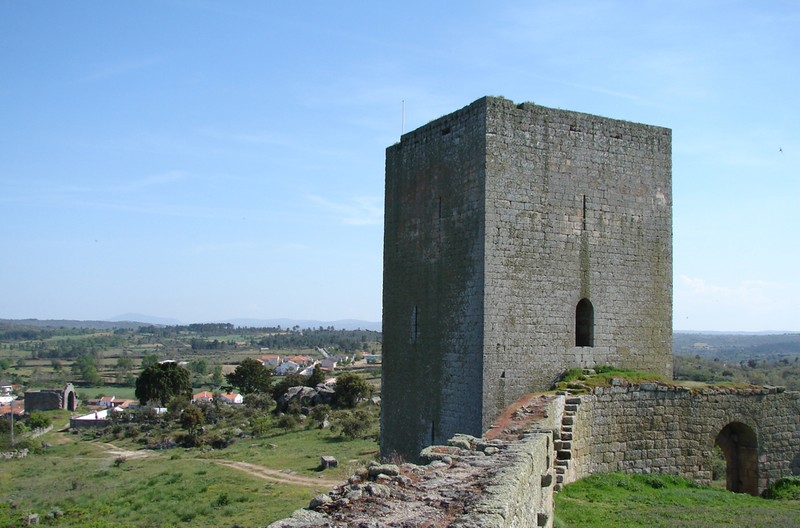 Who enters the door of the tower (and careful not to fall) is permeated by an intimate feeling, coado, where intercalam solar beams with the gloom, and that enhance, further, the marks of medieval builders; Incidental giant ferns, very green, enclose one riddled with cryptic set of poetic beauty and enormous sense Plastic. The output of the castle notice in a mill and the game, recorded in small granite outcrop, rest a bit and make a game.

The Village of Vilar Maior

The houses of the village is scattered by the slope and the river valley Cesarão. About ancient defensive surrounding the cluster is today practically destroyed, still leaving a door and some sections in which adossam dwellings-one of them is the local museum. On the threshold of the door of the old fence can still be seen a medieval inscription with the inscription and the date of construction - 1218. Some other elements of heritage interest of the village are: sidewalks, the cross of Christ recorded in ashlar, the pillory, Roman bridge, the church of St. Peter (with a beautiful font, in monolithic granite, do not know if it has been Templar or Visigoth- Your moth is very archaic but the orbicularis Templar cross is- The enigma that is issued), traces of the Romanesque church of Santa Maria do Castelo (currently only left the chancel and the triumphal round arch; between their particularities highlight the cornice decorated by half spheres and sustained by corbels decorated with geometric motifs, that does not lack the Templar cross and zoomorphic), Church of Mercy and the old town hall.

Rock art of the Bronze Age in Vilar Maior

In the old town hall is today the museum of Vilar Maior (that deserves your visit) and to your door, in granite outcrop, was made a recent discovery - here unearthed a panel of rock art from the Bronze Age about 4.000 years with fossetes; the "board" itself, is a typical example lattice panel of rock art from this period in northeastern peninsular.

Vilar Maior associated with a particular episode of our history. According to the chronicle of Fernão Lopes, Leonor Teles have prepared a plot whereby convinced his brother, Don John, son of Don Pedro and Dona Inês de Castro, that the wife brought. Dom João eventually murdering Dona Maria Teles, solar existed next to the Church of St. Bartholomew in Commerce Square (*) Coimbra, Dom João fleeing the relatives of the wife to Vilar Maior. It not feeling safe, just to escape to São Félix de Gallegos.

Vilar Maior still offers an interesting heritage in civil abrupt left bank of the river Cesarão; Here we are faced with a set of ruined hovels that at their archaism and deserve to be recovered - between dwellings, some were Jewish of belonging. Are visible traces of their presence on the posts and door sills.

The natural landscape in Vilar Maior is exceptional

In addition to the historical and artistic heritage values, Vilar Maior is also a source of natural wealth and scenic. Nestled between two rivers, at the point of confluence with the Coa, It has an exceptional landscape quality. This natural value is complemented by the existence on the outskirts of a forest of Pyrenean oak classified, which extends to Threshed Sorda. It is of tremendous iniquity of the Village Vilar Maior not have been declared Historical Village and have not been subject to recovery under that program; but in my affection, This is the thirteenth historic village; there are others that have been forgotten and will be respectively the fourteenth and fifteenth - Cidadelhe (***) (Pinhel) and Grandfather (*) (Oliveira do Hospital).

Nota final: In the last journey we made for Vilar Maior, We were accompanied by friend Júlio Silva Marques has a great blog on this beautiful location.